Democrat House Falling Down Around Them As Biden Looses Support 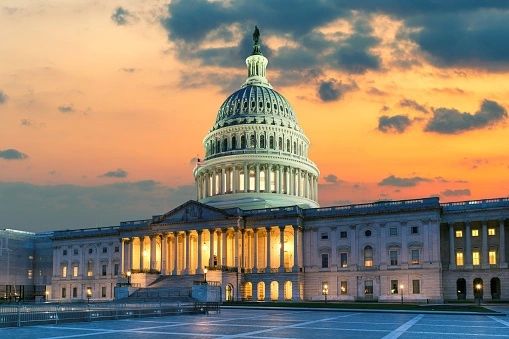 The self called master negotiator, Pelosi, failed and is losing control of the Democrat party.

Pelosi, ruled from her position of Speaker of the House, has used her pulpit to rule with an iron fist. Those Days may be all over for Speaker Nancy Pelosi as it appears with her latest stunt that shows she can not “negotiate” any deal with her own Democratic party, but appears to have lost control over her own caucus ranks.

Pelosi struggled to keep the party from splintering into two sides as she failed miserably to secure the needed votes to support the Infrastructure bill.

Pelosi could not control the radical progressive caucus members sending a defeated signal to the White House that ultimately hurts Biden’s agenda and at this point and time Biden desperately needs to get these 2 bills being passed.

The Infrastructure bill including the Build Back Better Socialism reconciliation bill was what Biden was counting on so that he could lay claim that it was the greatest thing for America and that it was him who pushed it through.

But that did not happen at all.

Now the political landscape for Joe Biden is making a horrible nightmare for the “Build Back Better,” Dementia Joe Biden.

The White House has become horrified as the Biden support is now “hemorrhaging” to such a degree that the Democrats have become splintered in multiple factions.

Such has never been in the history of the United States.

In a new poll, it revealed that Joe Biden’s approval rating sits below 50%. among the demographic critical to Joe Biden, getting a second term would be the independent voters. In this category, Joe Biden has slipped down 25 points and among fellow democrats that in the past supported Biden lock stop and barrel, of those, Biden has lost 15 points dropping his approval rating below 43% of Democrat voters.

Biden is solely to blame for his deceitful woes. He himself is the reason for the country becoming a hot mess.

Massive legislative failures on Capital Hill that are destroying any confidence in Joe Biden by his own rank and file.

Biden runs from the issue as the problematic crisis has gotten out of control.

Americans nationwide in both parties Democrat and Republican, including Independent conservatives and even liberals, echo a horrified disaster chorus Joe Biden created.

The self-inflicted death wounds of the Afghanistan withdrawal showed the world that Biden is “NO Commander-in-Chief,” but just a dumb demented old man who needs to be locked away for his own safety.

Joe Biden’s support is hemorrhaging, his political days are now numbered and the White House is worried everything is falling down around them, thanks to Dementia Joe Biden.