John Dillinger: Never Trust A Woman Or An Automatic Weapon 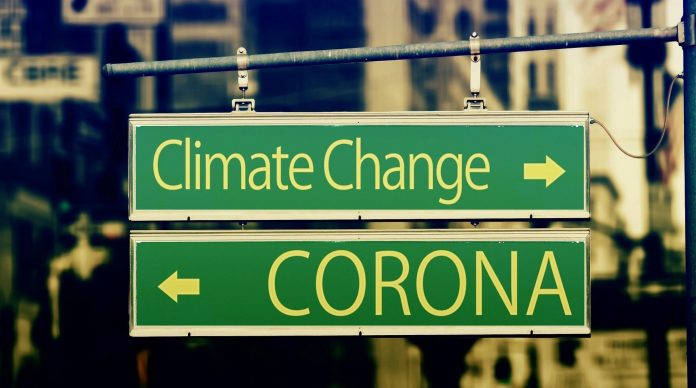 As the twenty-sixth massive climate control “conference of parties” goes live in Glasgow, Europe’s energy woes continue to worsen – making energy problems here in the USA seem mild by comparison – but also portending what could be ahead for us Americans. Indeed, continuing along the trajectory President Biden and the Democrats have laid out for us would impose a real crisis that will destroy US industries, communities, jobs, living standards and lives.

COP-26 begins today – on Halloween, which is eminently appropriate, since their primary goal right now is to terrify humanity into ignoring this looming energy, economic, health and human rights crisis … and convince us to forget about natural climate change and take immediate, drastic, but futile action to “prevent a man-made climate cataclysm.”

COP-26, the twenty-sixth massive climate conl take private jets and limos to the lecture and hector halls – to demand that “commoners” be restricted to one Basic Economy flight every three years, meatless diets, public transportation, and keeping 640-square-foot homes at 65 F all winter and 85 F all summer.

Otherwise, they say, countless people will die as our planet “overheats” by up to 4.1 degrees C (7.2 F) by 2100. Real-world science and data provide no support for temperature spikes of this magnitude. But just in time for COP-26, Columbia University concocted a “new study” and “new metric” on the “mortality cost of carbon,” based on these scary computer-modeled temperature forecasts.

Bloomberg News gave the death-by-global-warming fable prominent coverage. 83 million people (equivalent to the entire population of Germany) “could be killed” this century by rising planetary temperatures caused by fossil fuel use, it asserted. Nonsense.

Modern housing and energy systems enable people to adapt to and survive even the most extreme heat and cold – even in Antarctica, which just experienced the coldest average winter temperatures ever recorded: -61 C (-78 F).

Survival becomes far less likely, however, if climate treaties and energy policies prohibit efficient air conditioning and heating, ration them, subject them to recurrent blackouts, or make them harder to afford amid rising oil, natural gas, coal and electricity prices.

Yet that is exactly what’s being advocated and implemented. Britain and various US cities and states want to ban natural gas heating and cooking – and replace them with expensive heat pumps and other electric appliances, powered by expensive, weather-dependent wind turbines and solar panels. Meanwhile, energy prices have been skyrocketing in response to Covid recovery and anti-fossil-fuel policies.

Climate theory has long held that most 21st-century warming will occur in northern latitudes during winter months. But now we’re now told a warming Arctic could also be causing colder winters, which could endanger far more people than rising temperatures or more frequent heat waves.

Actually, far more people die in cold weather than in hot weather or heat waves. In the United States and Canada, cold causes 45 times more deaths per year than heat: 113,000 from cold versus 2,500 from heat. Worldwide, where air conditioning is far less available, some 1,700,000 people die annually from cold versus 300,000 from heat – a ratio of almost 6:1.

Public Health England calculated that one-tenth of all “excess winter deaths” in England and Wales are directly attributable to fuel poverty, and 21.5% of excess winter deaths are attributable to the coldest 25% of homes. 30,000 to 40,000 people died each year in England and Wales since 1990 who would not have perished if their homes hadn’t been so cold, researchers estimated.

Adjusted for population, this is equivalent to 165,000 to 220,000 excess American winter deaths per year.

Global demand for gas and coal has surged as the world recovers from Covid. British gas production has plunged by 60 % since 2000; Britain and Europe have banned fracking; Putin is playing politics over how much gas it will dtrol “conference of parties,” goes live in Glasgow, Scotland on Halloween. That’s certainly appropriate, since its primary purpose is to further terrify humanity to “take action” to prevent the “existential threat” of “manmade climate cataclysms.”

Thousands of politicians and climate activists wileliver to Europe; and President Biden has stymied leasing, drilling, fracking, pipelines, and oil and gas exports. Many coal and nuclear power plants have been shut down. Meanwhile, Europe’s heavily subsidized wind turbines generated far less electricity in 2021 due to unfavorable winds.

This perfect storm of misinformed policies could bring unprecedented excess deaths as winter sets in.

Schools, hospitals and clinics could also be much chillier – and deadlier. At 11¢ per kilowatt-hour (average US business rate), a 650,000-square-foot hospital would pay about $2.2 million annually for electricity. At 25¢ per kWh (UK), the annual cost jumps to $5 million; at 35¢ per kWh (Germany), to $7 million! Those soaring costs would likely result in employee layoffs, higher medical bills, reduced patient care, colder conditions, and more deaths.

Britain’s energy minister has said a “very difficult winter” lies ahead, as gas prices soar amid fear of blackouts and food shortages. Many households “will not be able to cope.”

US energy prices remain well below Europe’s, but threats to American families are also rising. The average monthly Henry Hub spot price for natural gas has shot from $1.63 in June 2020 to $5.16 in September 2021. That’s well below the highest-ever price ($13.42 in October 2005) but still ominous.

One-third of American households already had difficulty six years ago adequately heating and cooling their homes – and one-fifth of households had to reduce or forego food, medicine and other necessities to pay energy bills. Even before Covid, low-income, Black, Hispanic and Native American families were spending a greater portion of their incomes on energy than average US households.

Nearly half of US households that heat with natural gas will spend 22-50% more this winter than last year, depending on how cold it gets. Families that use electricity, propane or fuel oil to heat their homes will also pay significantly more. Energy-intensive factories may have to cut back hours and production, lay people off, and move operations overseas (where they will continue to burn fossil fuels and emit greenhouse gases).

Americans are also being impacted by gasoline prices that have risen more than a dollar a gallon for regular since the 2020 election and recently reached $5.00 per gallon in New York and $7.60 in one southern California town.

The overall effect of these anti-fossil-fuel policies on livelihoods, living standards, health and life spans will be profoundly negative. Countless people will perish, many of them cold and jobless in the dark.

Paul Driessen is senior policy analyst for the Committee For A Constructive Tomorrow and author of books and articles on energy, environment, climate and human rights issues and a syndicated writer for the Wyoming News

Does the Buffalo Bill Center of the West have...
Local News

The first corruption and alleged criminal activity that the...
U.S. News