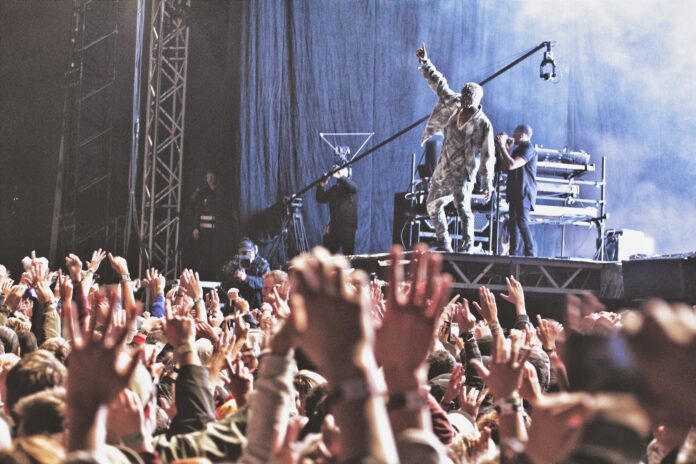 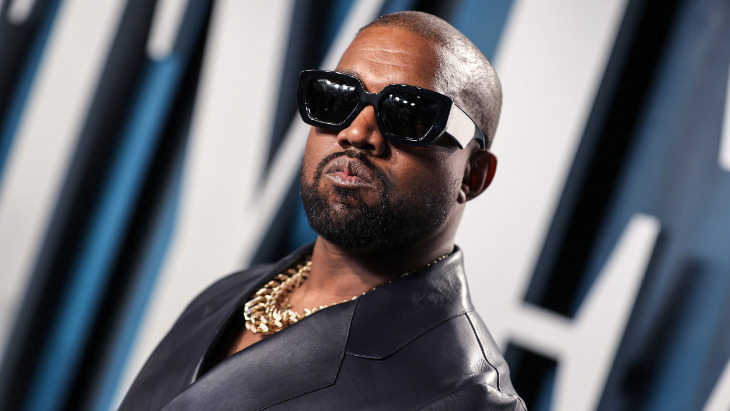 We will dispel your darkness with our light, your hatred with our love, and your malice with our compassion.

The artist Kanye West, aka Ye, is known to be a creative genius, one of the wealthiest musicians in the world, and fashion influencer. He has also been spewing antisemitic tropes across social media and interviews. In case you’ve somehow missed his vile words here are a few to catch up on:

“I’m a little sleepy tonight, but when I wake up, I’m going ‘death con 3’ on Jewish people…”

In an interview with Tucker Carlson he made a series of abhorrent comments (some of which were not aired) where he spoke of conspiratorial claims about the Jewish people and Jewish identity. West also wished that his children had learned about Hanukkah instead of ‘complicated Kwanzaa’ because Hanukkah would at least come with some financial engineering.

He spoke of purported Jewish control in another clip. “Jewish people have owned the black voice. Whether it’s through us wearing a Ralph Lauren shirt, or it’s all of us being signed to a record label, or having a Jewish manager, or being signed to a Jewish basketball team, or doing a movie on a Jewish platform like Disney.”

And then there’s this vitriol: “You know they came into money through the lawyers, when after Wall Street when all the, like Catholics, they wouldn’t divorce people so the Jewish lawyers came and they were willing to divorce people. That’s when they came into their money.”

Asked to respond to his detestable messages, Kanye West said, “I feel happy to have crossed the line of that idea so we can speak openly about things like getting canceled by a bank.”

Don’t explain away bigotry through excuses. Words matter. They give birth to animosity and incite violence.

Some have tried to excuse Kanye’s outbursts by saying he didn’t take his medication, is paranoid, and dealing with mental health issues. Let’s not explain away bigotry through excuses. We are all responsible for our words. Words matter. They give birth to animosity and incite violence.

Whether you listen to his music or not, whether you wear his creations or not, we must take a stand. We are all responsible to wake up to the poison that is spreading across the world. There is a war of words exploding before our eyes. Antisemitism cannot be ignored.

Before Instagram restricted his account, Ye had 18.1 million followers. He had 31.4 million on Twitter before his account went into ‘Read Only’ mode. That’s millions of impressionable minds who digest these repugnant lies, millions of hearts who are influenced by this vicious Jew-hatred, who post graffiti messages defending him, “Kanye is right.”

His art cannot be separated from his toxic messages. I listen to the deafening silence that surrounds me and realize that I dare not grow weary. None of us can.

I write these words as our holiday of Sukkot has concluded. I exit my sukkah, my temporary abode that has given me and my family shelter and peace throughout these days of celebration. Though the sukkah will be dismantled, I will carry the sukkah’s timeless message with me.

God surrounded our nation with His clouds of mercy as we journeyed through the desert wilderness. We traveled through the sweltering heat of day and the freezing darkness of night, but through it all, we were protected. We were guarded, watched over, and loved. We hold onto that love till today. The Ye’s of the world will come and go. They will revile us. They will push us down. They will try to erase us. But no antisemite will succeed in wiping our nation off the face of this earth.

And when I hear Kanye Wests’ line: “I want Jewish children to look at their Jewish daddies and say, ‘why is YeHoly Torah mad at us?” I respond to his ranting and raving with my faith and Jewish pride intact.

This morning, Simchat Torah, I stood in synagogue. I watched my son hoist his little boy onto his shoulders as he and my husband danced together with the holy Torah. I was overcome with tenderness and wonder.

I was born upon the ashes of the Holocaust. And with my every breath I will continue to teach my children and my children’s children that we live so that those whose lives were taken will not have died in vain. We will stubbornly hold onto our traditions, embrace our people, and continue to walk in the path of those who walked before us. We will dispel your darkness with our light, your hatred with our love, and your malice with our compassion.

Don’t remain silent. The world needs your voice, your heart and soul.

Re-published with permission from Aish.com