The Battle For The Greasy Grass 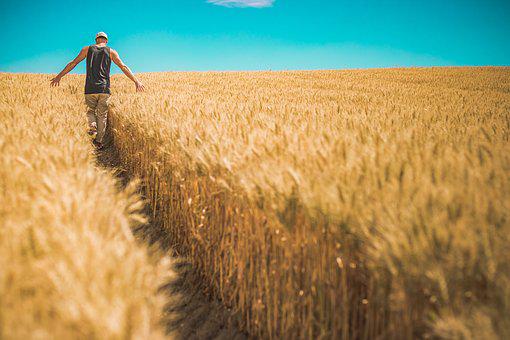 Over the past decades, the people of America had heard a great deal about how the descendants of slaves, brought to the US against their will, are entitled to reparations for the atrocities committed and the profits gained by the slave owners. While this point of view is certainly acknowledged and there can be no question, our country was built with the blood, sweat, and tears of many; who was for far too long, considered less than human. However, this is only one chapter in the history of America and African-Americans are not alone in their suffering. June 25, 2022, marks 146 years since the great battle which Native Americans call, “The Battle for the Greasy Grass” and what our Government calls the “Custer Massacre.”

In 1851, The US Congress created the “1851 Indian Appropriations Act” which allocated the funds needed to move Western Native Americans onto reservations. There are differing accounts as to why our Government felt the need to create these reservations, and if the truth be told, many believe it was nothing short of the ignorance of racism, which drove the process. The first explanation for this legislation was, that the People of America (our politicians) felt the Natives’ control of land and natural resources posed a threat to westward expansion and their intended economic goals. The second reason cited for the act was the concept native people living under their own form of law, and not covered by U.S. jurisdiction, would unintentionally, but naturally, conflict with the Rights of U.S. citizens. However, the most utilized explanation for the creation of the legislation was the idea, that Native people must be resettled onto reservations for “their own protection.” Thus, giving birth to the long-held untruth, of our leaders….I’m from the Government and I’m here to help you.

The discovery of gold in Colorado in 1859, kicked off what is known as the Pikes Peak Gold Rush. Following their dream of striking it rich in the mountains of the West, huge numbers of white settlers flooded into Colorado, Montana, and South Dakota. This rapid expansion by miners, ranchers, and settlers led to increasing conflicts with the Native people who had lived on the land for centuries. While many nations engaged in battles with the white man, none were more fierce or more feared than the warriors of the Sioux Nation. Led by resolute leaders: Red Cloud, Crazy Horse, and Sitting Bull, the Lakota Nation would do their best to preserve the way of life they had known for 15,000 years.

In 1868 the U.S. Government entered into a treaty with the collective, Sioux Nation. The 1868 treaty, established what would be known as, The Great Sioux Reservation and set aside large areas west of the Missouri River; as well as, designating the sacred Black Hills of South Dakota, as “unceded Indian Territory, not to be encroached upon, by the U.S. Government, “so long as the grass grows and the water flows.” However, in 1874, gold was once again discovered and a new gold rush would begin on the sacred land our Government promised to the Native people. As more and more miners and settlers moved into the Black Hills, the confrontation between the White man and the Natives was inevitable. Ultimately, the truth was revealed, our government had no intention of honoring its agreement and there was no more land available for another forced relocation of our Native People. In what is considered too little, too late, our Government offered to buy the Black Hills from the Sioux Nation and when the Sioux refused the offer, the Government reclaimed the land and issued the ultimatum threatening war unless the Lakota returned to their Reservation by January 31, 1876.

In late 1875, the Sioux and Northern Cheyenne People defiantly left the reservation and gathered in Montana, led by the great Sitting Bull and motivated by a vision in which he saw “soldiers as thick as grasshoppers, falling upside-down into the Lakota camp.” Sitting Bull told his people this vision foretold of a great Lakota victory in which “many soldiers would be killed.” By the time spring arrived, the warriors had twice defeated the U.S. Calvary and they were confident, that their fight was just and victory would, in fact, be theirs. In response to what the government labeled an “Indian uprising”, the U.S. 7th Cavalry was dispatched from Fort Riley, Kansas, with orders to return the Sioux people to their reservation.

On June 25, 1876, cavalry scouts spotted the Sioux encampment, and reports were sent back indicating approximately 800 Sioux members, were bivouacked at the location. Plans were drawn up for a three-column attack on the village. One group was led by Colonel Marcus Reno, a second by Colonel Fredrick Benteen, and the third by Lt. Colonel George Custer. The plan called for a concentrated attack by all three squadrons of calvary and orders were given to the officers, not to engage the warriors until everyone was in place. However, when Custer’s unit located what he believed to be the main force of Sioux Warriors and estimated their strength at less than 100, he sent Colonel Benteen’s unit to assume a blocking position and prevent a retreat by the warriors. At the same time, Custer ordered Colonel Marcus Reno and his 175 men to attack from the southern end of the encampment while he and his 210 men would attack from the north, in a classic pincer maneuver.

The failures which accompanied Custer’s leadership, on that fateful day in June, were created by his own hand. Insufficient reconnaissance of the surrounding topography, dividing his forces, and a gross underestimation of the strength of his advisory, would prove to be catastrophic. As Reno’s unit attacked from the south, they quickly found themselves outnumbered and within ten minutes halted their attack and withdrew. Just as the Sioux drove Reno’s men out of their village, Custer and his 210 men were spotted beginning their attack from the North. In what could only be considered the worst possible terrain, from which to fight, Custer and his men were quickly surrounded. Having no cover, no ability to withdraw, and outnumbered three to one, Custer ordered his men to shoot their horses and pile the carcasses to form a wall that would provide their only cover. In less than an hour, Custer and 267 men under his command would be killed, in what has been called the greatest military blunder in U.S. history.

After the battle was over, the warriors stripped and mutilated the bodies of the uniformed soldiers, believing the soul of a mutilated body would be left to walk the earth for eternity and not ascend to heaven. Custer himself was not mutilated, nor was he scalped; but rather, his body was left on the battlefield, unmolested. Many historians believe the reason the Sioux Warriors did not desecrate Custer’s body was a simple case of misidentification. At the time of his death, Custer was not wearing the traditional blue U.S. Cavalry uniform, but rather was dressed in buckskins, leading to the belief he was but an innocent bystander, rather than a U.S. Soldier. As word of the defeat spread the media of the day posited, that Custer was not mutilated out of the warrior’s respect for his fighting ability. While this romantic notion is great for storytelling, the truth of the matter is, that the treatment given to the Native Americans by our government left little room for respect.

The Battle of the Little Bighorn represented the apex of Native American power. They had achieved their greatest victory over their oppressors, but victory would be short-lived. Outraged by the death of Custer, the nation demanded retribution. The Black Hills were quickly settled and placed outside reservation boundary lines. The Sioux Nation was broken and defeated, history recorded the battle not as a great victory for the Native people; but rather, a massacre of U.S. forces.

In 2022, no one has called for reparations for the Native people or their land. If the truth were to be told, there is no such thing as restorative justice. Money in and of itself, will not heal the wounds of hate or dry the tears of oppression. Only when we as one people, can come together and begin to treat each other with dignity and respect, in all walks of life, will these wounds begin to heal. No one can make up for the horrible things which happened 150 or 200 years ago in our country. Rather than yelling and pointing fingers at one another, we all could learn from the words of Lakota Chief and Holy Man, Sitting Bull, who nearly 150 years ago this week, said “Let us put our minds together and see what life we can make for our children.”

Share
Telegram
Facebook
Twitter
Linkedin
ReddIt
WhatsApp
Email
Print
Tumblr
Mix
Flip
Previous article
Christian Business Under Assault For Its Public Faith
Next article
Pride Month: Why are Some Minnesotans Celebrating That Which is Illegal? (Just Rejected By Local NewsPaper That Believes in Freedom of Speech)