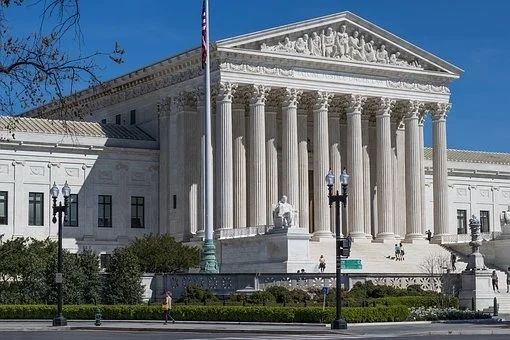 Yesterday, the Commission on the Supreme Court, appointed by President Biden to consider possible reforms to the Court, issued a preliminary report (a final report is due next month). When Committee for Justice president Curt Levey testified before the Commission this summer, he was one of only a handful of conservative witnesses. In both his written and spoken testimony, he challenged the progressive views of most of the witnesses and commissioners.

Here are a few observations about the preliminary report and Supreme Court reform:

The report notes that even a number of “Commissioners who are critics of many of the Court’s recent decisions and support other reforms” conclude that court-packing “is likely to undermine, rather than enhance, the Supreme Court’s legitimacy … and there are significant reasons to be skeptical that expansion would serve democratic values.”

Similarly, in an August article in The Federalist, Mr. Levey noted that “Only a minority of the commission’s mostly progressive witnesses supported court-packing. They mostly discussed more thoughtful structural reforms that don’t give either party an obvious advantage.”

The preliminary report discusses the view that “a misalingment exists today” between “the composition of the Court and … popular opinion,” noting that “Republican presidents appointed 15 of the last 19 Justices and six of the current nine Justices.” Of course, many of the 15 Republican appointees—including Justices Roberts, Souter, Kennedy, O’Connor, Stevens, Powell and Blackmun—have been moderates or leaned left on the Court.

In his testimony, Levey challenged the view that the Supreme Court, as currently constituted, is far to the right. Levey explained that the Court’s decisions since Justices Kavanaugh and Barrett were added reveal a moderately conservative Court that angers conservative as often as liberals.

The report states that “the current calls for Supreme Court reform” are substantially motivated by the allegation “that the seats previously occupied by Justices Scalia and Ginsburg were ‘stolen’ by Republicans from Democrats.” In his testimony, Levey refuted this allegation, documenting the historical norm that Supreme Court nominees will be confirmed in presidential election years typically only if the Senate is controlled by the President’s party. In any case, Levey concluded:

“[N]o matter what you think the rule should be [in presidential election years], it makes no sense to claim that two seats were stolen. … It follows that this Commission should not support any Supreme Court reform, including [court-packing], that is inspired by the claim of two stolen seats.”

The Commission’s report also finds that “many concerns about the Court are derivative of” the perception that “the Court is too willing to intrude into matters that should be left to democratic political processes. When the Court’s decisions are so important, the [judicial] confirmation process becomes more contentious and partisan.”