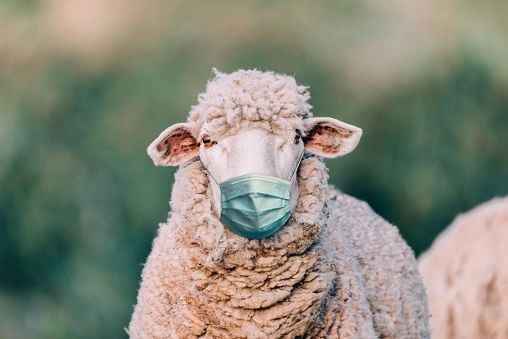 In this suit Petitioners are alleging the following facts:

On or about March 13, 2020 Respondent/Defendant, Mark Gordon, arbitrarily declared an S.O.E State of Emergency in Wyoming with a simple Executive Order. Mark Gordon stated that his authority to issue such an E.O. was under W.S. 19-13-102 and 104 and 35-4-115(a)(i). Respondent/Defendant, Mark Gordon publicly stated that this order was “only temporary action till the “curve was flattened” regarding the COVID-19 virus.

But this was not where it all ended, The State and County health officers took it upon themselves to issues their own personal health control orders, at various times and with varying degrees, some harsh and others not so harsh. To date, most of the order have been rescinded, but many County Health Officers allowed, encouraged and assisted, liberal Democrat school districts board Trustees and school administrative personnel to issue their own personal COVID-19 “policies.”

This was done with an attempt to control the masses, and to bring into compliance those parents, children and anti maskers and anti vaxers under the control of the Democrat liberal WOKE, school board Trustees tryrannical power grab.

These very Health EO’s and policies are and were issued without any lawful authority which had now resulted in massive confusion and chaotic outcomes. Many business have had to close their doors, limited government services, limited business services, the closing of schools and day car facilities, and the mandatory wearing of masks that actually have no medical purpose to be used as a declared emergency.

These vary decisions directly violated all of Wyoming populace rights and liberties including the Petitioners in this federal law suit. The Petitioners believe and contend that all of these radical, unfounded health decisions, orders and policies that started being issued after March 13, 2020, and the out comes are a direct result of Wyoming Governor Mark Gordon’s radical, arbitrary decision he made on March 13, 2020 when he issued the EO declaring a state wide emergency without any type of credible factual basis or lawful authority to do so.

This makes one wonder why Respondent/Defendant Mark Gordon or county health officials have not issued any EO’s for the flu virus or the cold virus or chicken pox, or any other sickness, including cancer.

Evidence he had not authority to issue any type of Health related Emergency Order rest with Wyoming Law.

“Public health emergency” means an occurrence or imminent threat of an illness or health condition caused by an epidemic or pandemic disease, a novel and highly fatal infectiouse agent or a biological toxin that poses a substantial risk of a significant number of human fatalities or incidents or permanent or long-term disability. The governor shall declare when a public emergency exists or has ended.” this was found in WS 35-4-115(a)(i) and this sets forth certain criteria that by law must be met to invoke any type of authority or emergency powers. Furthermore, decisions must be made pursuant to the statutory criteria and completely based solely on creditable factual data/documentation as to the conditions ans situation is in the state of WYOMING, NOT the liberal Democrat outlandish computer model or what the WHO does or says; or what a U.S. President does or says; or what other states are doing.

No this must be based only upon the credible documentable facts as to what the condition and situations are in the state of WYOMING. not what FAUCI lies about, nor the CDC fake data report show.

Respondent/Defendant Mark Gordon stated: “Whereas”, that the WHO “declared the outbreak of COVID-19 a public health emergency or international concern.” WHAT? this has nothing to do with the state of Wyoming or the people that live in Wyoming.

Based on this statement from the WHO Mark Gordon, a republican RHINO, made it clear that he was basing his actions on the WHO declaration. But what he failed to tell the public was the this WHO declaration was based upon a new definition it arbitrarily made up of what constituted a pandemic. Interesting enough what constitutes a pandemic and the WHO meaning of the word pandemic is not in the intent of the framers of Wyoming stats 35-4-115(a)(i) and the words “epidemic and pandemic” within the statute are based upon the definition and understanding of the day. An understanding that is expressed in the statute itself. “that poses a substantial risk of significant number of human fatalities or incidents of permanent or long-term disability.”

So… this must be the bases for which W.S. 35-4-115(a)(I) must be read, interpreted and applied, and not the WHO International interpretations which has no meaning and is outside of the American law no less Wyoming state laws. Yet Respondent/Defendant, Mark Gordon, told Wyoming citizens that this was only in effect until the “curve was flattened.” Wyoming citizens trusted Respondent/Defendant Mark Gordon and gave him the benefit of the doubt.

What really went haywire against Wyo state law was when county health officials took it upon themselves to act as federal actors and constantly moved the health goal posts, thus causing massive confusion among health care workers, and the public as well as the county health officials, whom, started to enforce such a radical attempt to control the masses at their pleasure. Further more, Wyoming liberal media helped assist and participated in the lies and these arbitrary changes with a media campaign of getting use to the “New normal” slogan.

What the liberal media in Wyoming appears to be intending on, was a permanent change to our entire structure of society. To this point, Petitions assert that the purpose of W.S. 35-4-115(a)(I) is intended to be a temporary measure to address a real creditable health threat, not a means to make a permanent socialist change to the American and Wyoming foundations of structure of the society. The novel virus of 2019 has a shelf life, Assuming, for sake of argument, the COVID-19 virus was first known in Nov 2019, two full years have now passed and during that time, thousands of scientific, medical personnel, researchers and experts have studied the virus.

And to this date the Petitions are asserting that the EO’s, policies ect can not longer hold on to the status of being “novel”. There must be an end point to the emergency justification, otherwise it is just being used to control the masses.

The Wyoming News want you the viewer to read and decide for yourself. Truth is factual, but what has been crammed down your throats by the liberal media and ALL of the Respondents/Defendants in this case have pulled the wool over your eyes. It it time to expose every move they make.

Democrats and Republican RHINO’S ARE the ENEMY OF THE STATE.