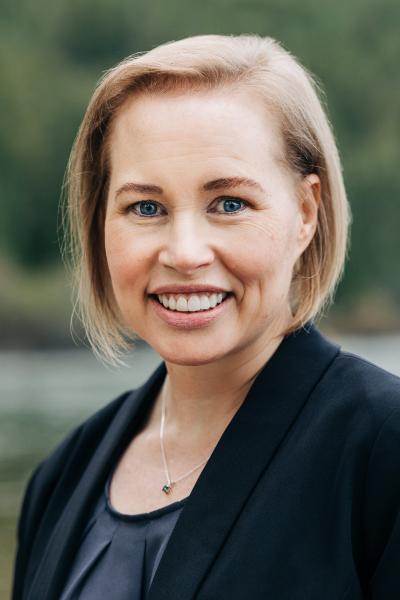 “The problem is,” Sertell stated, “most people don’t know that babies survive abortions.
I survived three failed abortions and didn’t find out that there are others like me until I
was almost 47 years old.  There are likely tens of thousands of us1, and we deserve to
live, to be protected and cared for, just like any other human being. If abortion survivors
don’t even know there are others like us, how much less the general public?  You can’t
expect people to vote responsibly on an issue they know nothing about.  It’s part of my
job to educate them.”

On Monday night, June 20th, the Western Montana Liberty Coalition gathered to listen to
Robin Sertell’s story and learn about Legislative Referendum 131 (formerly HB 167). “If
Roe falls, as the SCOTUS leak suggests, then the decisions fall back to the states,”
Robin reported. “It’s imperative that we know where our state stands on all issues
regarding life, and that we address any outstanding areas.”

***Update 6/24/22***
As of this morning, The Supreme Court of the United States, in a landmark 5-4 vote
decided to overturn Roe v. Wade, by upholding the decision from Mississippi’s Dobbs v.
Jackson in a 6-3 vote.  Only Justice Roberts sided with the majority but argued against
overturning Roe.

Many are asking, “what does this mean, and what must I do?” Simply
put, this puts decisions regarding abortion back into the hands of the states.  Here in
Montana, we have several new laws that Gov. Gianforte just signed in last year, limiting,
but not eliminating, abortion access in Montana.  What we must do is continue to
educate, and pray, that our state will adopt new and life-affirming legislation.  Babies will
continue to die during and after abortions in Montana due to our current -albeit improved
– laws.

We must remember that although many scream that abortion helps mothers
who’ve become pregnant due to rape, incest, or have medical complications – 2%
of all abortions occur due to rape, incest, and medical reasons, combined.  Killing the
patient never helps anyone!  Support, not shame, mothers with unplanned pregnancies,
as well as support our pregnancy resource centers. And finally, we must walk in
forgiveness toward those who’ve had abortions.
Jeffries & Edmonds, “ Abortion : The Dreaded Complication , ” Philadelphia Inquirer , Aug. 2  1981


This last meeting before WMLC’s summer hiatus was of the utmost importance, as many
no idea what LR 131 was.  As the Education Coordinator for the Abortion Survivors
Network and a survivor of three failed saline infusion abortion attempts, Sertell was
uniquely qualified to explain the bill and its implications.

“The sad truth is, we’re voting on whether or not a human being is a human being,”
Robin said. According to Ballotopedia3, “Montana LR-131, the Medical Care
Requirements for Born-Alive Infants Measure is on the ballot in Montana as a
legislatively referred state statute on November 8, 2022.

A ‘yes’ vote supports this ballot measure to:

State that infants born alive at any stage of development are legal persons.

Require medical care to be provided to infants born alive after an induced labor,
cesarean section, attempted abortion, or another method.

Establish a $50,000 fine and/or 20 years in prison as the maximum penalty for
violating the law.

Audience participation was high, and people’s questions demonstrated quite a bit of
engagement with the topic at hand.  Several people asked for copies of LR 131 and
pledged to inform their friends and family.  Some even discussed holding other
gatherings to further equip the public with information on how Montana doesn’t currently
require the reporting of failed abortions, or care for infants born from them.  Many
attendees were outraged that Montana currently has no legal safety net for these
precious children.

Eyes were opened.  People were informed. Issues concerning life were discussed.  As
this meeting of the Western Montana Liberty Coalition drew to a close, one thing was
abundantly clear; Montanans value life.


Robin Sertell is the Education Coordinator for the Abortion Survivors Network, the only
network of human beings who have survived their mother’s attempts to end their lives
before their births.  Sertell is the survivor of three saline infusion abortion attempts.  She
is a resident of Hamilton, Montana, and is an avid hiker, cyclist, kayaker, RVer,
gardener, and baker.

After spending much of her childhood in the hospital, there was a burning question, ”why is this little girl so sick?”  When Robin was nine years old, her maternal grandmother shared the secret that she had survived three abortion attempts via saline infusion.

Robin’s life’s message is one of forgiveness and hope restored.  She is an ordained pastor, and currently serves as the Education Coordinator for the Abortion Survivors Network, where she is passionate about serving her population of Survivors by equipping them to share their stories and change culture.

A survivor and a thriver, Robin is the author of Miracles Happen in the Wilderness, an autobiographical snapshot into the goodness of God in her life. Her life is a walking testimony of, “You intended harm to me, but God intended it for good to accomplish what is now being done, the saving of many lives.” – Genesis 50:20, NIV.

Share
Telegram
Facebook
Twitter
Linkedin
ReddIt
WhatsApp
Email
Print
Tumblr
Mix
Flip
Previous article
If You Are Looking To Donald Trump As The Reason For The Overturning Of Roe vs Wade, Think Again. While You Are Being Diverted, They Are Going For Your Guns!
Next article
Individuals Arrested By Yellowstone County Sheriff’s Office