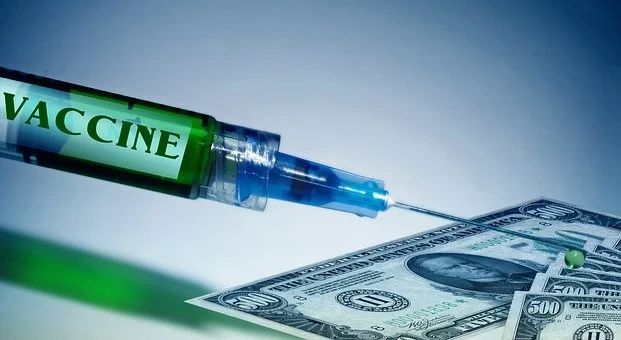 By Seth Hancock
The White House announced last week that it was purchasing, stolen money from
taxpayers, 10 million doses of the Moderna and Pfizer experimental mRNA gene therapy
COVID shots specifically to inject those 6 months old to 5 years old.

It should be noted that these are not vaccines. They are admittedly gene therapy. Stefan Oelrich,  Bayer’s head of its pharmaceutical department, made the admission that they lied at the World  Health Summit earlier this year.

“If we had surveyed two years ago if people were willing to take gene or cell therapy and inject it into your body, we would have probably had a 95% refusal rate,” Oelrich said. The plans for the White House are to start injecting babies in the coming weeks. There has not been one advisory committee meeting of the Food and Drug Administration (FDA), but it is expected to rubber-stamp approval of emergency use authorization of the experimental gene therapy for babies.

Dr. Paul Alexander, an independent COVID researcher, and a clinical epidemiologist noted that neither Moderna or Pfizer are able to demonstrate effectiveness of their experimental gene therapy for children since children face statistically zero threat from COVID. How has the experimental gene therapy worked out for those 5 and up who have been told by the FDA it’s safe and effective?

The Centers for Disease Control (CDC) released its most recent data on Friday from the Vaccine  Adverse Events Reporting System (VAERS) which showed 28,532 deaths reported after the jab. As Wyoming News has reported, the CDC estimates VAERS has an undercount by at least a  factor of 6X while independent estimates suggest as high as a 41X factor. That means the likely number of dead from the shots is between 171,192 and 1,169,812.

Meanwhile, do not expect any help from any politician, no matter their party, to stop this. Again,  there are 28,532 reported dead by the gene therapy, and the numbers could very likely be in the millions. But every single state continues to provide these ineffective, unsafe shots to their subjects… err, I mean people.

Contract that to the rotavirus vaccine, given to infants and children, in 1999. According to CNN  at the time, that shot was pulled from the market after just 23 children were confirmed to have developed intussusception, a condition that causes bowel obstruction. The CDC used VAERS  data to pull that shot.

Also, in contrast to the mass vaccination push for the 1976 swine flu “pandemic” that never was. There was never a confirmed death by the swine flu, but the government massively pushed everyone to submit to the jab. It took just three deaths by the jab for some governors to stop allowing its use in their states which eventually ended the mass vaccination effort nationwide.

But today, all 50 governors remain guilty for allowing this mass jab campaign to continue.
“And I can guarantee you that all 50 Governors will allow this infanticide to happen within their

Shilhavy added: “So for all of you ‘conservatives’ who continually come to this site and try to  present your case that there are some ‘good’ governors who are opposing Big Pharma, such as  Ron DeSantis or Kristi Noem who are frequently mentioned in the comments here, please stop,  because these governors are puppets serving Big Pharma and they already have blood on their  hands for allowing these kill shots to be injected into children over the age of 5, when they have  the power and political authority to stop this child abuse in their state.” Politics will not save you. It will not save you from this dangerous gene therapy. It will not save you from economic plight. It will not save you from the ongoing tyranny, which will continue to keep growing more and more until we demand a stop and demand justice be served to every politician and bureaucrat, federal down to local, who has subjected the people to unconstitutional edicts over the last two-plus years. We are to blame for this for our silence, for our cheering on politicians who helped institute this criminality just because they have an “R” next to their name. It’s long past time we started acting like free people instead of political slaves to “our team.”

Gary Barnett, a retired financial advisor, wrote:
“Speak out against tyranny, clarify your positions, never stay silent, and speak truth to ‘claimed’  power. Without speaking, without expressing your true nature, with acceptance of other’s views instead of your own, and with fear of being yourself, you will always be in a herd, and therefore,  unable to think or reason. The longer you remain in this state, the less likely you are to ever be  free, even for a moment.” “To find all the answers to the plight you have brought on yourselves, just look in the mirror. All the answers are there, as the only person who can save you is you.”

Shot Mandates Continue To Crumble In Many Courts