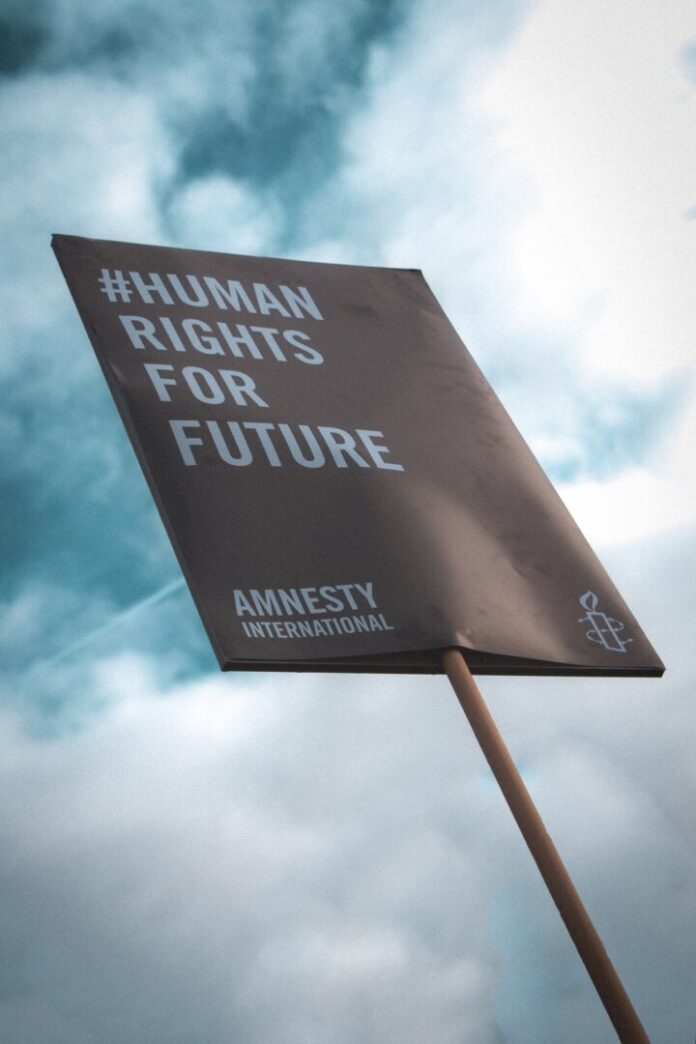 “We have documented a pattern of Ukrainian forces putting civilians at risk and violating the laws of war when they operate in populated areas. Being in a defensive position does not exempt the Ukrainian military from respecting international humanitarian law. Militaries should never use hospitals to engage in warfare and should only use schools or civilian homes as a last resort when there are no viable alternatives. The Ukrainian government should immediately ensure that it locates its forces away from populated areas or should evacuate civilians from areas where the military is operating,” said Agnès Callamard, the secretary general for the U.K.-based human rights group Amnesty International.

Callamard’s comments were made in a press release from Amnesty International that was issued last Thursday after the organization detailed human rights abuses and violations of international law committed by the Ukrainian military during the Russia-Ukraine conflict.

Amnesty International has been investigating the ongoing conflict effectively from the start as the press release stated their findings were from researchers investigating Russian strikes from between April through July.

A mother in the town of Mykolaiv spoke to Amnesty International after her 50-year-old son was killed in a rocket attack on June 10.

“The military were staying in a house next to our home and my son often took food to the soldiers,” the mother said. “I begged him several times to stay away from there because I was afraid for his safety. That afternoon, when the strike happened, my son was in the courtyard of our home and I was in the house. He was killed on the spot. His body was ripped to shreds. Our home was partially destroyed.”

Evidence gathered by Amnesty International show that Ukrainian forces have been using residential homes and civilian buildings as bases and points for initiating strikes against Russian forces in at least 19 towns putting the civilians in harm’s way. Ukrainian forces were found using hospitals and schools as bases.

Furthermore, Amnesty International found that in most every case that Ukrainian forces using these civilian buildings were miles away from the front lines and there were plenty of practical areas away from civilian populated areas that could have been used by the forces.

Amnesty International was unable to find evidence of Ukrainian forces assisting civilians to evacuate the areas or providing protection for them, nor did they provide aide to civilians injured as a result of their inhumane tactics.

The press release stated that Amnesty International has also detailed abuses by Russian forces throughout the conflict stating: “The Ukrainian military’s practice of locating military objectives within populated areas does not in any way justify indiscriminate Russian attacks. All parties to a conflict must at all times distinguish between military objectives and civilian objects and take all feasible precautions – including in their choice of weapons – to minimize civilian harm. Indiscriminate attacks which kill or injure civilians or damage civilian objects are war crimes.”

The findings provide some evidence that supports the reporting of Patrick Lancaster, an American independent journalist who has been on the ground in the Russian-speaking portions of Ukraine since about 2014 when the puppet government of Ukraine was installed.

As for Amnesty International, it flies in the face of the mainstream propaganda narrative that continues to be pushed to paint Ukraine in only positive ways while labeling Russia as purely evil.

Amnesty International, which is generally viewed favorably by the mainstream, has faced backlash from Western pundits and officials being labeled as “victim blaming” or “Putin sympathizers,” according to Zero Hedge.

The Ukrainian Ministry of Defence was contacted by Amnesty International on July 29, a week before the release was issued, as the human rights organization sought comment on the findings of its investigation. After refusing to comment on its detailed human rights abuses, the Ukraine government called the findings “unfair” once they were released to the public.

The findings give further evidence why the American public, who have been forced to fund the human rights abuses by Ukraine, needs to think for themselves rather than accept the narrative.

Even more evidence comes from a Mint Press News (MPN) investigation showing a majority of the so-called “fact-checkers” for Facebook monitoring Ukraine information are funded by the American government. MPN reported:

“Most of the fact-checking organizations Facebook has partnered with to monitor and regulate information about Ukraine are directly funded by the U.S. government, either through the U.S. Embassy or via the notorious National Endowment for Democracy (NED).”

“In light of Russia’s invasion of Ukraine, an information war as bitter as the ground fighting has erupted, and Meta (Facebook’s official name) announced it had partnered with nine organizations to help it sort fact from fiction for Ukrainian, Russian and other Eastern European users. These nine organizations are: StopFake, VoxCheck, Fact Check Georgia, Demagog, Myth Detector, Lead Stories, Patikrinta 15min, Re:Baltica and Delfi.”

“The problem with this? At least five of the nine organizations are directly in the pay of the United States government, a major belligerent in the conflict. The Poynter Institute is also funded by the NED. Furthermore, many of the other fact-checking organizations also have deep connections with other NATO powers, including direct funding.”