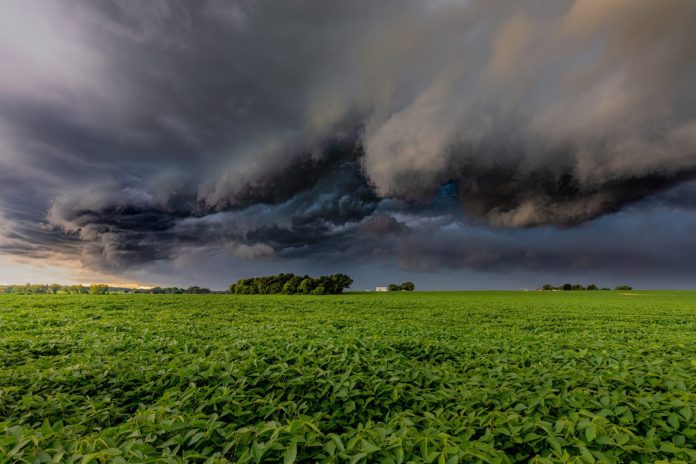 Martin Armstrong, a financial and geopolitical analyst, is warning that “2023 will be the year from Hell” based on his computer program Socrates which uses international capital flow data to provide analysis.

Armstrong made the statement in a recent interview on USA Watchdog in which he warned that a war cycle and civil unrest should be expected next year. And the price inflation we’ve been living through, don’t hold your breath for it ending any time soon. In fact, brace for even worse rising prices.

Of course, one does not need computer models to see that coming if people understood economic laws and took a look at the decades upon decades upon decades of bipartisan massive spending and a Federal Reserve printing press that’s out of control. Unfortunately, we live in an economically illiterate society.

As far as gas prices, expect them to continue going up as Armstrong said: “Our projection on oil is that it is going to go up dramatically into 2023. It’s going to be the same thing, I think, for gasoline prices. This is just not over yet.”

While 2023 is projected to be far worse according to the computer’s prediction, Armstrong said expect to see worsen signs by the end of this summer and into the fall.

But, as Armstrong notes, this is a planned destruction of the economy as we inch ever closer to an official global government, and war is the answer for the globalists.

This is something Armstrong has been warning about for months as the Russia-Ukraine conflict was in its early stages as he said in April that a world war is necessary for the goals of the globalists to institute a global digital currency which will be tied to a social credit score system.

“This is all deliberate. There is no return to normal here. Unfortunately, this is where we are headed,” Armstrong said. “We are not getting back to normal. The system is crumbling from within, and it’s just like the fall of Rome, basically.”

As Wyoming News detailed last week, the billions and billions of taxpayer dollars stolen from us and sent over to the corrupt Ukrainian oligarch Volodymyr Zelenskyy makes it the second biggest scam in American history. The reason it’s not the biggest is because of the trillions and trillions of taxpayer dollars stolen from us to “fight” a cold virus which, keep in mind, is still ongoing alongside the Ukraine scam.

It is amazing to see how the mainstream liars have been able to transition from one massively brazen scam right into another with relative ease, and they continue to get away with it.

But remember, we the people allowed these scams to take over and continue to allow them to persist.

Resistance is necessary, and one of the best ways to resist is self-reliance. Prepare for what’s to come. Certainly, consider other currencies, like the Goldback which is coming to Wyoming as previously reported, but more importantly make sure you have a supply of food for you and your family.

Ultimately, break free from the narrative drivers and start thinking for yourself.

“Open your minds, and seek the truth instead of remaining slaves and puppets to this system of planned global rule. It is my studied opinion that there is little time left before this onslaught against humanity reaches a level of no return. Abandon the controlling narrative, and come to your own conclusions before it is too late. While this may seem daunting and even impossible, do not rely on the asinine idiocy that is groupthink, politics, voting, and seeking false and duplicitous scum called ‘leaders.’ Cease your hiding in the face of such obvious plots of evil. In order to face this enemy, one must first face themselves, and accept the flaws you will find, and strive to correct your own house instead of condemning or relying on the whims of others.”

“We can overcome this insanity and madness, but only if and when large numbers of individuals stand up and challenge the current state of affairs. Remember, to obey government means only that you have become a slave, while disobedience to that same state will set you free.”

Kristalina Georgieva has arrived in Dakar