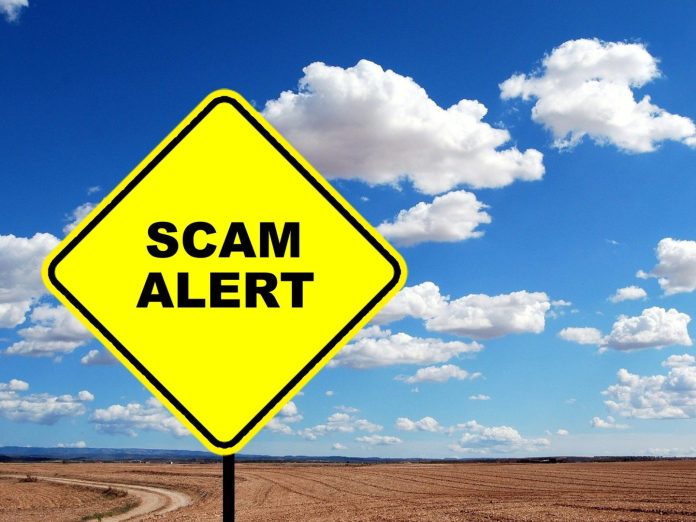 With the start of the COVID tyranny in March of 2020, a bipartisan cadre of political thieves stole trillions of dollars from we the people.

Chief among the scam was the CARES Act which Rep. Thomas Massie (R-KY), the lone member of Congress who stood up to the insanity attempting to get a recorded vote, called the biggest transfer of wealth in human history from the people to the corporate “elites” and political class.

That bill, signed by President Donald Trump on March 27, 2020, was reported as a $2.2 trillion spending bill, but that was direct spending alone. In reality, it was more like a $6 trillion spending bill with all the tricks and gimmicks it gave the Federal Reserve to print loads and loads of fiat currency.

It remains the largest spending bill in human history, and remember, that was one of many COVID spending bills under Trump and now the Biden regime. As things stand now, COVID remains the king as the biggest scam in American history which continues.

However, we may have some competition as the insanity of standing with the corrupt oligarchy in Ukraine continues. Somewhere between $50 billion and $60 billion has already been stolen by the American taxpayers and sent to the corrupt Volodymyr Zelenskyy. Sure, there’s quite a ways to catch up to the COVID scam, but the bipartisan thieves in Washington are doing their damnedest to make it a competition.

Keep in mind, this continued never ending spending continues as America faces an economic and monetary crisis while the national debt now stands at $30.6 trillion, according to usdebtclock.org.

Just last week, the Biden regime announced it would send $1.7 billion to pay for Ukrainian healthcare. Our government is bragging about stealing from us to fund socialist healthcare in Ukraine as the U.S. Agency for International Development issued a July 12 press release:

“The United States, through the U.S. Agency for International Development (USAID) in coordination with the U.S. Department of the Treasury, provided an additional $1.7 billion to the Government of Ukraine, as part of President Biden’s commitment to President Zelenskyy to provide Ukraine with direct budgetary aid. This contribution was made possible with generous bipartisan support from Congress.”

It gets even worse. Daniel McAdams, writing for the Ron Paul Institute, wrote: “As Ukraine continues to lose ground in the east, its leaders are inexplicably demanding three-quarters of a trillion dollars to ‘reconstruct’ areas controlled by Russia. Once widely considered the most corrupt country in Europe, Western leaders have already dumped in billions with zero oversight. Will they keep writing checks?”

That’s right, Zelenskyy wants $750 billion to reconstruct territories already lost to Russia. These are areas, by the way, that Zelenskyy himself had been bombing for years while Russia is viewed now as liberators among the people of those regions.

This Russia-Ukraine conflict has all been built on a narrative-driven media selling lies and propaganda. One of the biggest lies, one sold for basically every American intervention, is that we’re fighting for democracy around the world.

Forget the fact that democracy, which is tyranny by the majority, is not a net good. Regardless, there is nothing democratic about Ukraine.

Ben Swann reported for Truth in Media on the latest opposition party to be banned by Zelenskyy, that being the Opposition Platform-For Life known as the OPPL.

“While U.S. politicians keep sending billions of our tax dollars to Ukraine because they claim it is a ‘democracy’ that must be defended, Ukraine just banned the country’s largest opposition party and seized all of the assets and money,” Swann said. “What’s more, this isn’t the first time this has happened this year as the OPPL joins 10 other opposition parties which have been banned by the Zelensky government.”

Swann added: “When the ruling party of any country decides that any political party that disagrees with their actions cannot exist, you have a totalitarian state. That’s not a republic. It’s not a democracy. It’s one-party rule, also know as an autocracy with complete and absolute authority to destroy dissent. Let’s face it, no wonder the neocons and neoliberals love Zelenskyy. He is literally living out their dream.”

Viktor Medvedchuk, the leader of the OPPL, is now under house arrest. He has said he’s been “simply looking out for the interests of Ukrainians by establishing friendly instead of hostile relations with Russia.”

And there’s the crime. Medvedchuk wants peace. The ruling classes in Ukraine and America, along with the rest of the Western world, want war.

This is all just a big scam. How long before the American people demand a stop to it?