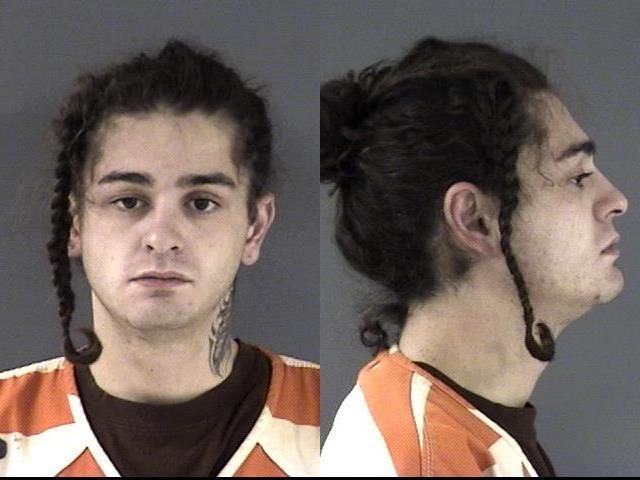 Man Arrested Following Shots Fired Incident in Downtown Cheyenne CHEYENNE, Wy — Monday, October 10 at approximately 5:00 p.m. Cheyenne Police Officers were dispatched to a report of shots fired near the intersection of 17th Street and Stinson Avenue. It is alleged that two vehicles, a Chevy Impala and GMC Sierra, were following each other south on Stinson Avenue.

An occupant of the Impala, later identified as Michael Langley, 26, of Cheyenne, leaned out of the front passenger window with a firearm and shot multiple times in the direction of the Sierra. The Impala then fled from the scene, traveling east on West Lincolnway. One uninvolved vehicle was struck by a bullet.

No injuries were reported. It is believed that the occupants of the vehicles were involved in a prior verbal altercation. At approximately 9:00 p.m., officers were notified that the suspect vehicle was seen parked at an apartment complex near the 400 block of Miller Lane. Officers quickly arrived at the location and apprehended Langley.

Langley was taken into custody and booked into the Laramie County Jail on charges of aggravated assault without injury with a deadly weapon, felon in possession of a firearm, use of a firearm during a felony, destruction of property over $1,000, discharge of a firearm, and possession of marijuana. This case remains under investigation by the Cheyenne Police Department.

By: Bradley Dean“The is no such thing as a...
Local News