A Cody Tourist Asked Where All This Smoke Was Coming From? 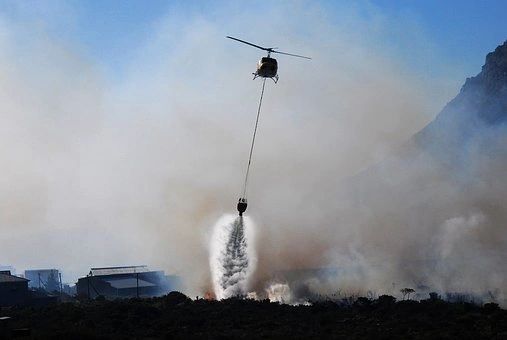 The answer is from out of state, mostly.

Major fires have been reported in Montana, Nevada, Utah, Idaho, California, and Oregon. People as far away as Cody Wyoming are suffering the effects from the smoke, such as hard to breath, itchy eyes, and even headaches.

When a forest fire or range fire—is hundreds or thousands of miles away, the smoke lifts to the upper atmosphere and travels along and powered by the wind and can affect people many miles away.

When an individual understands why the air in Cody and Powell, Wyoming, is filled with a smoke haze. They also understand fire and smoke causes a chain reaction.

When wildfires burn, large amounts of smoke from the fires are catapulted into the air.

Where is all this smoke coming from in Cody Wyoming

The stronger the wildfire, the smoke will reach even higher into the atmospheric regions.

The higher the smoke reaches, the farther smoke can travel on the wind currents.

In many massive fire incidents, the smoke from the fire can create and form an explosive storm cloud called Pyrocumulonimbus.

All weather elements will affect the behavior of fire and it’s effect. This is also called the production and dispersion of the smoke.

This is why the skies in Cody and Powell appear to have a haze of smoke everywhere. If you can not smell the smoke, then the farther away the wildfire is.