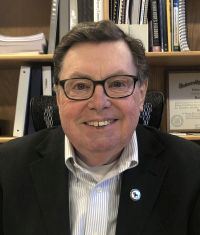 Are you Red or Blue?

In today’s world, political polarization is feeding on itself. For example, we can easily
choose to read and view only information that supports our own opinions. The
increased polarization within these “echo chambers” can foster dehumanizing
language, increased incivility, and extreme ideas. When considering partisan issues,
we have become so divided that we do not trust one another. Thankfully, local
government remains nonpartisan. People that might very well be divided on national
issues are not necessarily divided on local issues; thus, trust in local government
remains high. This is due to a number of factors, including:

Barry A. Cook was appointed as City Administrator by the Mayor and Council in August 2014. Barry began his career in local government as a Circuit Rider Administrator in Fremont County, Wyoming. He then moved to his hometown of Wheatland, Wyoming where he served as the Town’s Clerk/Treasurer.