Debra Lee Admits She Made Errors After Wyoming News Exposes Her 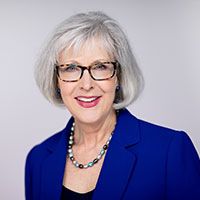 Laramie County Clerk, Debra Lee, Just two days after being exposed for her corrupt or inept ability to run a clean election and making many errors in the 2020 primary election as the County Clerk for Laramie County, Debra Lee was called on the carpet first by the Wyoming News. Just 2 days later, Debra Lee releases a press release where she finally admits making errors in the primary election of 2020. Evidence shows she and her office was aware of what she had done since back in 2020 but kept silent about her so called “errors.” As long as no one brought this up, she was not going to bring it up either, her Modus Operandi. Had not she been exposed, her corruption or ineptness would have continued to have been swept under the rug. Not until the conservative media spot light was directed at her, did Debra Lee take heart and decide to tell the public the truth, that “yes, indeed, I made errors.” Due to her corrupt or ineptness, 22 of the 61 precincts were affected and in favor of the Democrats. This was no mistake, not just simply an error, as she claims. She has dirty hands and needs to be voted out of office for good. Here is the link to the original article that the Wyoming News released several days before forcing Debra Lee to tell the public the truth. https://wyomingnews.tv/news-articles/f/laramie-county-clerk-debra-lee-caught-red-handed-being-corrupt