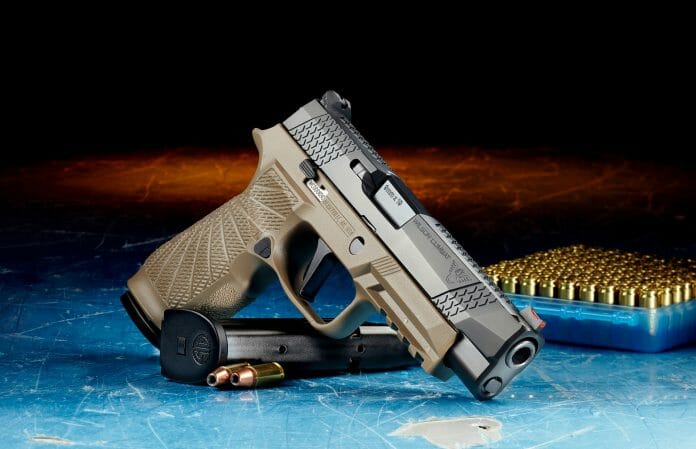 By Seth Hancock Wyoming News Staff
In the early morning hours of June 7, Detroit resident Maiso Jackson was woken up by an
intruder.   With his life being threatened, Maiso protected himself with a gun as the intruder forced his way into his home despite Maiso’s warnings that he was armed.

“It was me or him at that point,” Maiso said, according to Law Enforcement Today. “I didn’t
want to hurt nobody, but he just wouldn’t quit. I was just in shock. He wouldn’t leave. He tried
to kill me, and I didn’t do anything to the guy. That’s the part that’s kind of sad. You can’t help
but defend yourself. You have no choice but to.”

No charges have been filed against Maiso for his self-defense. Of course, there shouldn’t be, but who knows these days.

Wyoming News reported this month on a law-abiding West Virginia woman who defended the lives of children at a party from a deranged gunman as she lawfully used her right to self-defense with a gun.

These are the stories the mainstream puppet media ignores. These are the stories that now 11  Republican Senators and 5 Republican Congressmen have ignored. Here is the list of the 11 GOP Senators who have announced they have signed on to destroy the  Second Amendment: Roy Blunt (MO), Richard Burr (NC), Bill Cassidy (LA), Susan Collins  (ME), John Cornyn (TX), Lindsey Graham (SC), Mitch McConnell (KY), Rob Portman (OH),  Mitt Romney (UT), Thom Tillis (NC) and Pat Toomey (PA).

McConnell, the Republican “leader” in the Senate, in fact directed Cornyn to work with the
Democrats to determine how best to undermine and destroy the rights of the American people.   McConnell lives by the philosophy that as long as the imprimatur of “bipartisan” is slapped on anything it must be good.

Graham, McConnell’s butt boy, Tweeted: “I stand ready to vote on ALL the proposals
mentioned by President Biden tonight and encourage the Democratic Leader to bring them
forward for votes.”   Here’s the list of the 5 GOP gun grabbers in the House who voted for Democrat Jerrold Nadler’s  (NY-10) unconstitutional, unamerican bill last week: Brian Fitzpatrick (PA-1), Anthony  Gonzalez (OH-16), Chris Jacobs (NY-27), Adam Kinzinger (IL-16) and Fred Upton (MI-6). The Nadler bill was passed 223-204 with two Democrats, Jared Golden (ME-2) and Kurt  Schrader (OR-5), voting no.

The bill’s summary states the changes are “generally prohibits the sale or transfer of certain  semiautomatic firearms to individuals who are under 21 years of age; establishes new federal  criminal offenses for gun trafficking and related conduct; establishes a federal statutory framework to regulate ghost guns (i.e., guns without serial numbers); establishes a framework to   regulate the storage of firearms on residential premises at the federal, state, and tribal levels;  subjects bump stocks to regulation under federal firearms laws; generally prohibits the import,  sale, manufacture, transfer, and possession of large-capacity ammunition feeding devices; and  requires the Department of Justice to report on the demographic data of persons who are  determined to be ineligible to purchase a firearm based on a background check performed by the  national instant criminal background check system.”

The Senate has not yet voted on gun-grabbing legislation but is expected to have 61 votes with all 50 Democrats and the 11 Republican traitors. Gun Owners of America (GOA) stated the Senate gun grab is expected to include delaying and expanding background checks on those under 21 and establishing new federal laws on “gun trafficking” that will carelessly make felons out of unsuspecting citizens.

Of course, it will also include bribing states to impose Red Flag gun-grabbing laws that will
destroy the due process. As former President Donald Trump, who openly supported Red Flag laws,  said in 2018, it’s “take the guns first, go through due process second.” “Take the firearms first, and then go to court,” Trump said. “Because that’s another system.  Because a lot of times, by the time you go to court, it takes so long to go to court, to get the due  process procedures — I like taking the guns early.”

But, the pièce de résistance is changing definitions of the Federal Firearms Licensing (FFL) that will “be a backdoor way to universal background registration checks,” as GOA put it. The Biden regime is already taking firearms dealers’ licenses as the Bureau of Alcohol, Tobacco, Firearms, and Explosives reported earlier this year it had revoked 273 FFL since Biden’s occupied the White House compared to the previous average of 40 a year, a 500% increase.

“They’re taking people’s firearm licenses for the most minor technical violations that they can
find,” David Knight said on his podcast this week. He noted the changes in FFL definitions will bring back Operation Choke Point, a DOJ program in 2013 that used banks to target gun dealers and law-abiding citizens by cutting off their money. What is it about “shall not be infringed” that these arrogant, narcissistic tyrants don’t understand?

There’s a moral crisis in an America that now rejects God. And this nation has rejected God
because the government, for decades, has decided it is god while creating an entitled, dependent society.

Wyoming John Barrasso has signed on and supports disarming Legal American gun owners. His political career must be destroyed just like the most hated woman in Wyoming, Liz Cheney.

Share
Telegram
Facebook
Twitter
Linkedin
ReddIt
WhatsApp
Email
Print
Tumblr
Mix
Flip
Previous article
Pentagon admits That American-backed Biolabs are in Ukraine Similar To Wuhan China BioLabs Under Fauci
Next article
Everyone is Being Censored But the Mainstream Media (Controlled Opposition) – And 86% of The People Say That They Don’t Believe Them! (Video)