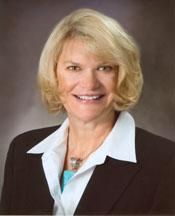 This Hit Piece exposes the deranged thinking that plagues America

On the Senate floor, Lummis called the vote “all hat, no cattle politics.”

For her vote, Lummis was treated to a laughable hit piece published in the Jackson Hole News & Guide written by Kerry Drake, who is described as a “veteran journalist” with over 40 years of experience.

“[W]hat her ‘no’ vote actually means is she’s unwilling to pay the United States’ debts, keep the federal government running and prevent a potential worldwide economic catastrophe,” Drake writes. “And Lummis says she’ll keep voting no, regardless of whether it means the government defaults on its debt — something that has never happened in the nation’s history.”

Drake added: “It’s partisan politics at its worst. Playing games with the debt limit is dangerous and irresponsible.”

With attitudes like this pervasive in the “journalism” world, is it any wonder America is now $28.9 trillion in debt according to usdebtclock.org. That equates to $229,000 in debt for every taxpayer and $86,826 per citizen. The U.S. budget is in a deficit of nearly $4 trillion, $6.9 trillion in spending and $3 trillion in revenue.

So, Mr. Drake, the only dangerous and irresponsible thing is to continue this monstrous spending and continuation of funding departments; like Commerce, Education, Energy, Housing and Urban Development, Interior and more; that the federal government should have no say in to begin with.

There is one thing that Drake writes that I agree with. He notes that Sen. Mitch McConnell (R-Kentucky) said “we raised the debt ceiling because America can’t default” and “that would be a disaster” in 2019 when President Donald Trump was in the White House.

“Isn’t it amazing how Republican lawmakers suddenly become deficit hawks whenever Democrats are in charge? These same officials didn’t give a hoot about spending under Trump. The national debt grew by nearly $7.8 trillion during his term, and Wyoming’s delegation aided and abetted him,” Drake wrote.

You’ll get no argument from me. Yes, Republicans are hypocrites. And those hypocrites not only include establishment hacks, like McConnel or Rep. Liz Cheney (R-Wyoming), but it includes most all GOPers including the so-called “conservatives.” Outside of a few libertarian-leaning Republicans, like Sen. Rand Paul and Rep. Thomas Massie both of Kentucky, most every Republican is ready to spend, spend, spend until the Democrats are in power.

But, just because the Republicans are hypocritical hacks is not an argument on the issue at hand, the massive overspending. For Lummis, she’s in her first term in the Senate and she had no problem placing blame on both parties.

“There is a lot of blame to go around here. What I would like to see us do is get together, both parties, all colleagues who are interested in this subject, come up with a way to address our debt, to balance our budget…. Time and again in the U.S. House and the Senate, time and again presidents of both parties have run up the debt irresponsibly with no plan to address it,” Lummis said.

The blame doesn’t stop at the feet politicians either. It’s also the fault of the American people who have become absolute dependents of the state. As long as the people keep demanding from the government “free” education in government-run schools, healthcare, jobs, stock market highs, etc., the politicians will continue to raise the debt ceiling in order to buy your votes.

But make no mistake, this house of cards will fall. A dumbed down and entitled society is what the government needs to keep pushing forward its plans. We’ve got a rigged stock market, and massive bailouts of the banks and corporation are now the status quo. Anyone with any common sense knows this can’t keep going before a massive crash, and maybe a crash is exactly what the government wants. A default on the debt would be the only moral thing to do.

Bill Sardi, for lewrockwell.com, wrote: “The US economy is primed to fall. The Wall Street Journal is not going to tell you this. A humongous depression far greater than the depression of the 1930s, is planned…. Those in power make it appear they are sending Americans free money, they are rescuing you, from the COVID, from joblessness, from the sinking ship. In fact, the citizenry is being set up for a big fall. And most Americans are none the wiser.”

Ryan McMaken, for the Mises Institute, wrote: “What (the establishment) wants, of course, is sky-high spending, forever, and it wants to borrow huge amounts — at rock-bottom interest rates — to do it. A default — brought about by a stable debt ceiling — would complicate that goal. A failure to hike the debt would also limit the power of the regime, so we can expect most everyone inside the Beltway to be deeply opposed.”