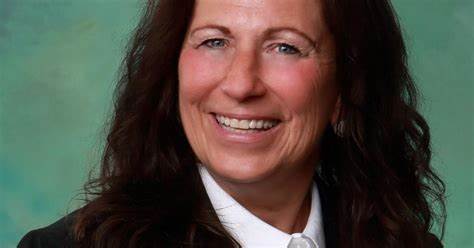 Cody Wyoming resident Lee Ann Reiter has decided to put her hat in the political ring and run for Cody City Council in Ward 3. Lee Ann Reiter has lived in Wyoming since about 1981 and has been very active in the Cody community ever since. Lee Ann Reiter got her engineering degree from Penn State University and has worked in the oil industry for 40 years, definitely putting in her time.

Reiter says she is retired, but if one looks at her daily schedule she is far from being retired as she is a substitute teacher according to the Cody School District Administration Office.

Lee Ann Reiter believes in having strong growth of the community by local people, not those who move from out of state to Cody. People from out of state usually bring with them the garbage politics from the big city. In Cody Wyoming Reiter wants to help “preserve the western lifestyle. That is who we are as a community.” Reiter stated to the Wyoming News reporter in an interview, ” I embrace people moving into Cody, but Cody needs to be able to preserve the Cody Wyoming western lifestyle way of life that is just who we are as a community.”