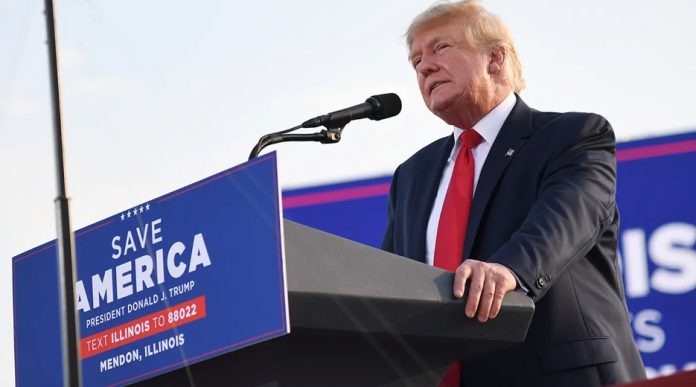 Wyoming News reported for 6 months that Liz Cheney IS an ENEMY OF THE STATE of Wyoming and has demonstrated this to her voting constituents in the state of Wyoming.

This time, Liz Chenery voted with her fellow radical anti-American Democrats in favor of one of the most restrictive gun control bills in the history of the United States.  Unfortunately, Cheney has joined the ilk of 13 other House Republicans.  This 80-page bill allows for massive financial spending, which will enable red flag laws to be implemented by virtually anyone who has a beef with another.

The bill allows states to allow police or family members to request any court to keep a person’s constitutional-owned gun without the person being able to fight his accusers in court.

Cheney went on to state that she would always protect the Second Amendment.   Once again, Liz Cheney lied to the Wyoming voters again.

Cheney has outright denied that if the teachers or armed to stop an active school shooter, we would not have Ugalde or Sandy Hook incidents.  Instead, Cheney wants to provide more money to law enforcement and funding for mental health resources.

Cheney had to face two Wyoming senators who voted against the bill, but she could not even look them in the eye.

Cheney was encouraged by Pelosi and Schumer to vote with the Democrats to help the Socialist reset agenda.

Liz Cheney has already ruined her career as a politician in Wyoming, as the voters in mass will overwhelmingly send the most hated woman packing.   The heavy backlash Cheney facing at the polls will be deafening.   Liz Cheney is already losing to President Donald J Trump’s endorsed Harriet Hageman.

Harriet Hageman stated to the Wyoming News that Liz Cheney certainly isn’t using her podium to represent the views and values of the people of Wyoming.   Hageman stated.

Liz Cheney is the most hated woman in Wyoming.  She is not safe politically in Wyoming, as she will be held accountable by her constituents, who will vote her OUT!