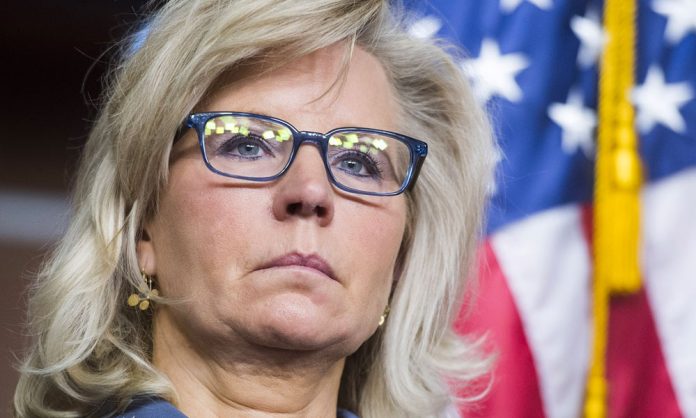 Liz Cheney is so desperate that she has enlisted the help of several groups to help counter the onslaught that she will be facing in just a few days during the primary election. The Democrats are using an old trick of the trade by using conservative names for the groups that are radical Democrats. One such group is called the Conservatives For America, who are painting Hageman as a RINO fake Republican who is anti-Trump and pro-Cheney. This is FAKE NEWS.

Here the Democrats put a Conservative title-sounding name to their liberal radical agenda in hopes of hiding the truth. The Conservatives For America’s goal is to appear as supporting Cheney’s primary challengers in an attempt to dilute the votes and split up any anti-Cheney votes.

With Wyoming having only about 44,000 Democrats who registered as Democrats in Wyoming, Cheney took it upon herself to ask each Democrat to cross over and vote for her. This is Liz Cheney’s attempt to whittle the approximately 193,000 registered Wyoming Republicans.

Another Wolf in Sheep’s clothing radical Democrat group is the Wyomingites for Democracy. Along with the Freedom Run, this group is spending vast amounts of money on TV ads encouraging and instructing Democrats to cross over and vote for Cheney in the August 16th, 2022, primary election. Both these groups are radical liberal WOKE agenda groups trying to help Liz Cheney destroy Wyoming.

The Wyoming News calls these groups out and exposes them for the liberal radical WOKE Socialist agendas that they have and are. Wyoming voters are not fooled; Liz Cheney will still lose the primary race, as she is the most hated woman in Wyoming.