Liz Cheney: `I was wrong’ in opposing gay marriage in past 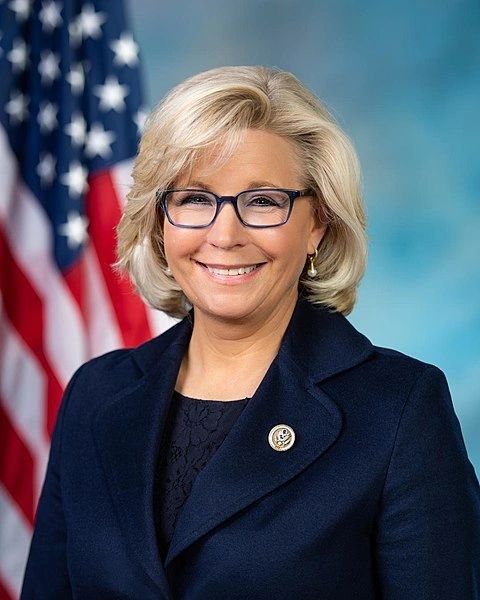 Disgraced Wyoming Congress woman Liz Cheney claims she was “wrong to oppose gay marriage.” If that is the case, Cheney must also believe in having sex with horses. How about with a dog, or maybe with the neighbor’s cow? Or maybe she prefers sheep with masks on?

Liz Cheney has become fearful knowing that her political career is over in 2022 as she told CBS News “60 minutes” that she thinks her re-election campaign for the House race is a national race as many forces have come together to eliminate her from her Congressional Wyoming seat.

Most of the blame, according to Cheney, is because she helped impeach President Donald J. Trump, knowing that it was a farce to begin with. Yet Cheney being encouraged with the likes of Chuck Schumer and Nancy Pelosi, to help them unseat the current President, with promises of Grandier fame and fortune for assisting the Socialist reset the Democrats had in store for the United States.

And yes, Liz Cheney stepped right up to do just that.

Cheney is fearful that Wyoming’s attorney, multi-millionaire Republican Harriet Hagemen, with the support and endorsement of President Donald J. Trump, all his supporters, will overtake the Wyoming election and stop her from seeking her fourth term.

According to an informal media phone poll with over 1,000 people contacted throughout the state of Wyoming, 982 overwhelming stated that they would vote against Cheney. These were both Democrat, Republican and Independent voters that were polled.

According to the experts, forecasting show that Liz Cheney will get a rude awakening at the polls in 2022. Wyoming just not only hates Liz Cheney, they despise her and their comments about Liz Cheney are beyond being able to be printed.