Liz Cheney Not Only Defeated In Wyoming But Increasingly Delusional 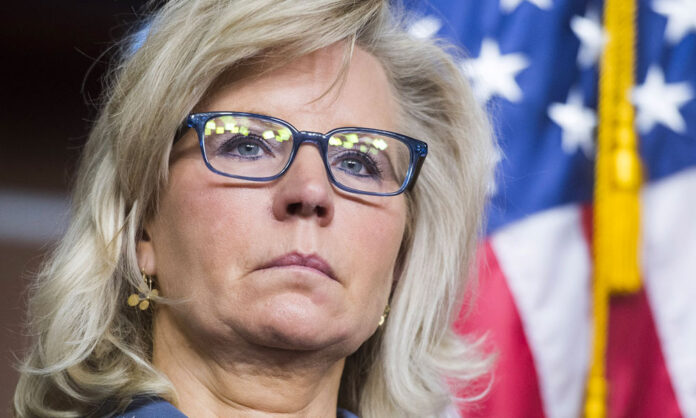 Liz Cheney was soundly defeated by Wyoming voters intent on sending her packing with a “Your Fired” vote. Harriet Hageman overwhelmingly drafted Liz Cheney. But it seems that Liz Cheney is now entertaining the idea of running for the President of the United States after being defeated.

A pipe dream that Cheney has convinced herself is reality when it is far from becoming a reality.

Liz Cheney is delusional and has delusional ambitions to think she will win the primary election against President Donald J. Trump if he decides to run in 2024 or, for that matter, win against even Dementia Joe Biden.

Liz Cheney has no chance of getting any Republican nomination EVER, and if Cheney decided to run as a third-party candidate, would never get any nomination either. If Liz Cheney ran as a Democrat, and that is what she is anyway, the Democrat party does not want her either and would never give her a nomination.

So, Liz Cheney’s path to the Presidency, if that is really what she aspires to, is nothing but a delusional pipe dream.

Liz Cheney has no constituency base as Wyoming voters rejected her Statewide. Cheney is so obsessed with Donald Trump that she sold her soul to the devil in an attempt to harm President Donald J. Trump. Cheney was behind the FBI raid at Trump’s Mar-A-Lago estate and encouraged this action as she says, “I’m intent on stopping Trump from running in the 2024 election and will do anything to accomplish this.”

With Liz Cheney’s political career forever doomed, she will never be a Congress Woman ever again, and she certainly will never make it to the White House. The best bet for Cheney is to quietly ride off into the sunset as her hateful obsession with Donald Trump has done her so much harm politically, mentally, and probably physically, as hate has a tendency to manifest in the form of physical issues such as sickness, disease, just to mention a few possibilities regarding health issues.