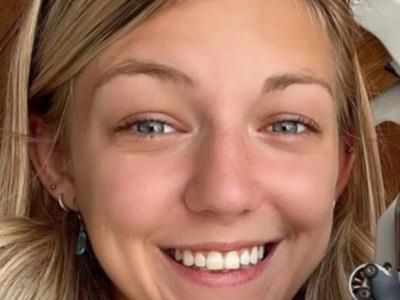 Missing Florida woman has now turned into a homicide case. Prime suspect is Gabby Petito’s boyfriend, according to an FBI official who spoke anonymously to protect his job. The remains matched the description and DNA profile of Gabby Petito, who when missing several days ago.

In a press conference, FBI officials said forensic analysis has yet to confirm the identity.

According to an FBI Charles Jones from the field Office in Denver, Colorado confirmed that indeed they have identified the body as Gabby Petito. Petito’s family has been notified late Sunday afternoon that the FBI had found their daughter and that she was deceased.

Jones stated the FBI sends their “heartfelt condolences” to the Petito family.

According to a timeline. Petito went missing on September 11, 2021. She and her boyfriend, Laundrie, were on several month-long cross-country adventure.

Moab Officer made note that on Brian Laundries face, multiple scratches were visible, which showed that the two had been in some kind of physical scuffle.

The Moab police officers did not file any charges as Petito did not want them to and stated that she was just emotional and was having a “mental health crisis.”

The Officer convinced the young couple to spend the night apart from each other and Laundrie got a hotel room and Gabby Petito slept in the couple’s van.

According to Petito’s family members, the last time that they heard from Gabby was on August 25, 2021.

It was during this conversation that Gabby told her family that she and Brian were heading into the Grand Teton National Park in Wyoming.

But on Sept 1, 2021, Brian Laundrie returned to Florida by himself and without Gabby Petito. Refusing to talk to anyone, including Florida police, Brian Laundrie shut himself off from the public.

Later in the day, as police were getting ready to make another visit to Brain’s home, Brian Laundrie disappeared. Reports have rumored that Brian Laundrie was back in Jackson, Wyoming.

Law Enforcement with multiple division and jurisdictions are searching for Brian Laundrie whom has gone from being a person of interest, to the prime suspect in this case.