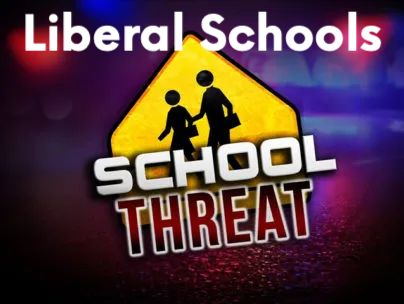 By Seth Hancock
As previously reported, several parents addressed the Board of Education in the Natrona County School District at a Dec. 13 meeting reading excerpts from books at school libraries that graphically described sexual acts as well as promoting sodomy and homosexual lifestyles.

Board members later admitted the passages were graphic and objectionable but said there’s a process for reviewing the books as a whole.

At the Jan. 10 meeting, Superintendent Mike Jennings said the district reached out to some of those parents and has begun the process of reviewing those books.

“We have a very professional staff that works diligently to make sure that the materials that we have are the age appropriate,” Jennings said. “And so, NCSD does delegate the authority for the selection of materials for libraries to those professionals, and we have a process in regulation that if there is material that is viewed as inappropriate or controversial topics we have a process for that.”

This meeting, a majority came to express support for the district and accused those with concerns as desiring censorship.

In total, 17 comments were made, including from 7 students, who said it is generally the job of the government schools to determine what children are exposed to.

One parent, Katherine Morris, did admit some of the passages were offensive, but the books
“should stay on the shelves and be available to students.” She did agree that the book “Gender Queer” should be removed because it was mostly an illustrative book which included pornographic images, but she said its important that books that affirm the homosexual lifestyle are available

“They address fears and critical issues such as mental health, high rates of depression, self-harm, addiction and suicide which is life threatening and common among this group,” Morris said. One student suggested so-called “professional” educators should be determining what materials students should be exposed to.

“Once parents have the authority to manipulate education in response to personal opinions, the future of society becomes one-sided,” that student claimed.

What should be noted is the government is doing the manipulation when it controls education.

While those who supported the objectionable books remaining accused the other side of
censorship, many admitted there were books they would not want in libraries thus admitting they are for censorship as well.

Clark Jensen, the board’s vice president, accused parents with concerns at the December meeting of not acting Christlike. Dan Odell, pastor at Christ United Methodist Church in Casper, referred to himself as a “leader” and agreed with Jensen stating that Christians should be compassionate and not promote gospel principles.

And as a religious leader, I’d like to remind them and all of us, my neighbors, that Jesus also said to love your neighbor.”

However, there were 10 public comments made continuing to address concerns.

Sarah Bieber, a mother, thanked the district for its “prompt response” to the Dec. 13 concerns, but addressed Jensen’s judgement that those parents were not acting Christlike.

“Have you forgotten righteous anger that is demanded of all of us?” Bieber asked. She also
referenced board member Dana Howie who said the public shouldn’t assume the board knows what books are in the libraries.

Bieber noted Board Policy 3200 which requires all expenditures to come before the board and said: “It is literally your job to know what you are spending our
money on.”

Both Bieber and Jeanette Ward, a mother, referenced Matthew 18:6 in which Jesus says: “But whoso shall offend one of these little ones which believe in Me, it were better for him that a millstone were hanged about his neck, and that he were drowned in the depth of the sea.”

“Why have we placed these things before children and become a party to their destruction? I
cannot imagine these lists of books were not placed before you for your approval,” Ward said.

“If they were not approved by the board, why did they not come to the board for approval? What steps can be taken to ensure these do come before you for approval?”

Ward added: “I do appreciate the steps that are being taken to investigate. Know that we will
follow up. Zeal for our children has consumed us.”