Passenger Of Truck Gets Run Over By Driver Of Truck 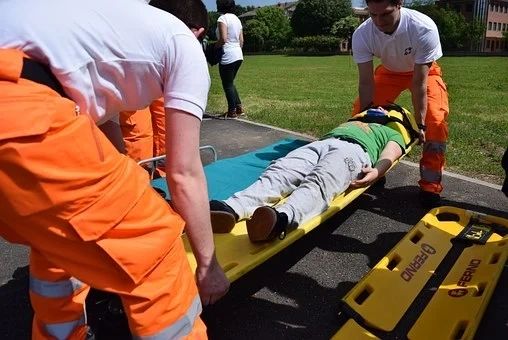 CHEYENNE, Wy — Tuesday, July 27 at approximately 9:30 a.m. Cheyenne Police Officers responded to an incident involving the passenger of a vehicle at Frontier Park near Gate V12.

The preliminary investigation shows the incident occurred when a male passenger was attempting to exit the bed of a 2011 Chevrolet Silverado pickup truck.

Cheyenne Wyoming Truck Driver runs over his passenger by accident

The vehicle’s driver entered Gate V12 from Hynds Boulevard and slowed to a stop with the flow of traffic.

As the vehicle was stopped, the male passenger began to exit the truck bed, lost his footing, and fell to the ground. The driver proceeded forward with traffic resulting in the passenger being run over by the vehicle.

The victim sustained life threatening injuries and was transported by ambulance to Cheyenne Regional Medical Center where he was declared deceased.The driver remained on-scene to assist officers with their investigation.