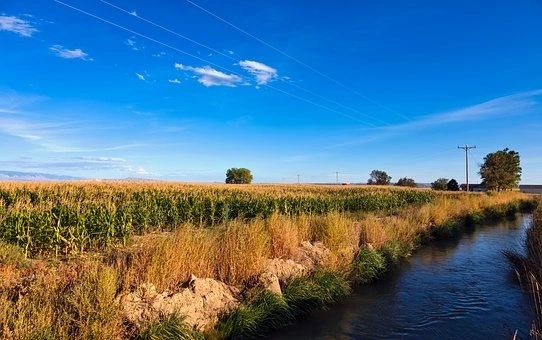 A Powell Police Officer, instrumental in saving teenage female from most certain death.

According to a press release from the Powell Police Department,

On September 23, 2021, Officers dispatched to report of a runaway juvenile teenager who ran from her family.

Powell Police attempted to negotiate with the juvenile to leave the canal, which was flowing toward a drop structure at the intersection of E Coulter Avenue and N Hamilton Street which would have put the teenager in great harm if the current took her down the drop off.

Unfortunately, history shows, when an individual enters a drop structure, the individual is highly unlikely to survive injuries that are sustained from the force and currents of the water.

Powell Police Officer Sergeant Alquist, observing what the fateful deadly outcome would be, knew that he had to enter the flowing canal approximately 20-30 feet from the drop structure.

Sergeant Alquist began swimming through the current toward the juvenile, who dove underwater to avoid apprehension. This action, was really unfortunate as the undertow was swift and could have sucked the teenager deep into the canal and then over the drop.

Fortunately, Sergeant Alquist reached the juvenile 10 feet before the water drop, just in time grabbing her, and redirecting the teenager towards the opposing shoreline. where other Officers could drag her to the shoreline.