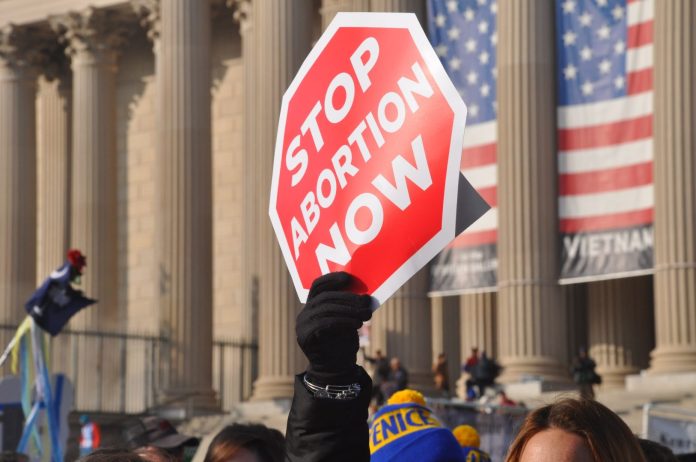 H.B. 92 prohibits abortions (murder of unborn babies), with some exceptions, in the event that Roe v. Wade was overturned, but it included a 30-day review process by Attorney General Bridget Hill at which time Gordon would certify the results of that review and the law would take effect 5 days after that certification. That puts the date of the law going into effect at July 29 if the full 30 days is taken.

That 30-day review is not required under the law as the bill stated “within” 30 days the AG’s report should be given, but it appears the full timeframe is being used as Ivy McGowan-Castleberry, policy advisor and communications specialist, said the AG’s “analysis is due on July 24th” when asked for an expected timeframe by Wyoming News.

In the meantime, the number of states that have already enacted an abortion ban is growing. Last week, the number was seven states.

Life Site News is now reporting: “As of Thursday, laws in around 10 states have now taken effect criminalizing abortion throughout pregnancy with virtually no exemptions. Several other states have sharply restricted the murder of unborn children within their borders, and 10 or more could enforce bans in the coming days and weeks following the Supreme Court’s landmark ruling.”

Wyoming News asked several other questions about H.B. 92 which remain unanswered. McGowan-Castleberry said, in a follow-up from Wyoming News, that it’s “my understanding that the rest of your questions are likely to be part of the review process the AG is conducting and we will not have answers to those questions until a later date.”

Those questions related to enforcement (enforced by state or local police), the planned murder facility in Casper, abortifacients and exemptions.

Wellspring Health Access, the planned murder facility in Casper, was set to be the first surgical abortion facility in the state prior to the Supreme Court opinion. It’s founder, Julie Burkhart, says she still plans to open the facility.

Burkhart issued a statement in response to the Supreme Court opinion saying: “We remain fully committed to doing everything in our power to help the people of Wyoming get the health care they need. We are continuing to work toward opening our clinic, and our goal remains to provide compassionate abortion care as long as legally permitted.”

Gordon’s office was asked if Wellspring Health Access was issued state licensing to allow surgical abortions, and if so, has that licensing been revoked in light of the June 24 opinion.

Although there are no surgical abortion facilities in Wyoming, the state has had one abortion provider in Jackson through medical abortions with use of abortifacients. The Casper Star-Tribune reported that 98 unborn babies were murdered in 2021 and 91 in 2020 through abortifacients.

Gordon’s office was asked if abortifacients are included in the prohibition of abortions.

H.B. 92 does include exceptions “to preserve the woman from a serious risk of death or of substantial and irreversible physical impairment of a major bodily function, not including any psychological or emotional conditions,” as well as for rape and incest.

The rape and incest exemptions, however, were added to H.B. 92, and it narrowly passed. Sen. Cale Case (R-Lander) added that exemption and told Cowboy State Daily that his amendment passed 15-14, but noted it would not have passed if not for one Senator being absent who would have opposed that amendment. He said amendments require a simple majority, and a 15-15 tie would have meant it was defeated.

“Rape and incest exemptions have traditionally existed and there’s good reason,” Case said. “If you don’t have it, you’re literally telling women that they will be carrying a child conceived from rape or incest and they have no choice in the matter.”

If those exemptions remain, you’re literally telling innocent unborn babies that they must be punished for the crimes of their fathers.

Gordon’s office was asked if he supported removing the exemptions for rape and incest and if he would sign a bill to remove them if sent from the legislature.