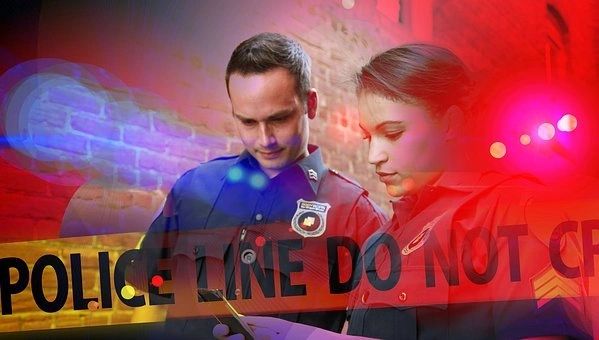 CHEYENNE, Wy — Thursday, November 18, at approximately 1:25 p.m. Cheyenne Police
Officers were dispatched to a report of a stolen vehicle near the 1000 block of West 5th Street.

It was reported that a male, later identified as Jason Nelson, 50, of Cheyenne, entered and stole a Buick Envision that was left running and unattended outside of a residence.

Responding officers used a cellphone left in the Buick and its OnStar security system to
determine the vehicle’s location. Around 1:45 p.m. officers located the Buick traveling
northbound on Pinion Drive from East Lincolnway and initiated a pursuit.

Officers continued to follow the Buick south on College Drive toward Campstool Road.
The vehicle entered the westbound College on-ramp to I-80 and the OnStar system remotely slowed the vehicle down. The Buick swerved off of the ramp and into a field. Nelson exited the vehicle and fled from officers on foot.

Heat from the vehicles ignited dry grass which caused two unoccupied patrol vehicles and the Buick to catch fire. No injuries were reported.

At approximately 2:00 p.m. Nelson was located and taken into police custody. He was booked into the Laramie County Jail on felony charges of motor vehicle theft and aggravated fleeing and eluding.

It only takes seconds for a thief to steal an unattended vehicle left running. The Cheyenne Police Department reminds the community to keep vehicles locked to reduce theft and protect property.

This case remains under investigation by the Cheyenne Police Department.