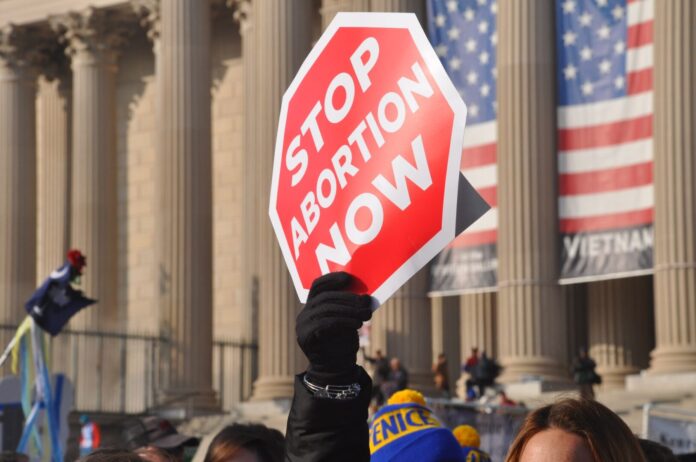 As Wyoming News reported yesterday, a judge from the Ninth Judicial Court in Teton County has blocked enforcement of House Bill 92, which criminalizes performing abortions (murdering babies) with some exceptions, while a lawsuit contesting the bill continues.

Judge Melissa Owens made that decision on Wednesday. She had previously enacted a temporary block on Wednesday, July 27, the day H.B. 92 was set to take effect.

H.B. 92 was the trigger law signed by Gov. Mark Gordon in March that banned performing abortions if Roe v. Wade was overturned, which the U.S. Supreme Court did in June.

The state can, and will likely, appeal Owens’ decision. Regardless, the murder of unborn babies could continue for years in Wyoming depending on how lengthy the litigation gets.

Dr. Giovannina Anthony of Jackson, currently the state’s only baby assassin and one of the plaintiffs, said she’s “relieved that we can continue” to murder unborn children. Anthony’s weapon of choice is abortifacients, abortion pills. Wellspring Health Access continues plans to open the state’s first surgical abortion facility in Casper.

In reading the largely absurd arguments made by Owens, the solution to this seems rather clear. A Constitutional amendment is needed to define life as beginning at conception. That’s not only needed in Wyoming Constitution but also those of all 50 states as well as the U.S. Constitution.

The opinion to block H.B. 92 as the litigation continues was based largely on the “vagueness” of the bill, according to The Casper Star-Tribune.

Attorney Jay Jerde for the state said that the rape and incest exceptions could be removed to eradicate the vagueness. Of course, those exceptions should have never been in the bill in the first place since it punishes the child for the crime of the father. The life of the mother remains the only objectively legitimate reason for an abortion.

Owens said: “So, if I sever out the exceptions of, let’s say incest and rape, then we’d be left with basically no abortions can be performed, period, except in life-threatening situations. And if I leave that in, but there’s no medical judgment in the statute, how is the doctor to know what exactly qualifies as life threatening?”

Oh, the horror that Wyoming would be left with “basically no” baby murders. But, it is legitimate to note that lack of defining the life threatening qualifications.

Owens went on to make her most absurd argument stating that H.B. 92 “only restricts a health care procedure needed or elected by woman. The statute dilutes the rights available to women in making decisions regarding their health care and whether or not to give birth to a child.”

That argument is not only absurd but also evil on so many levels. But we’ll keep it simple. Abortion is not healthcare. It’s a criminal act. It’s murder, and neither men nor women are allowed to murder.

Back to the Wyoming Constitution itself, the “Equality of all” amendment under Article 1, Sec. 2 states plainly an “inherent right to life, liberty and the pursuit of happiness, all members of the human race are equal.”

That makes it simple. Define life as beginning at conception under the Constitution and there’s no worries about judge’s using absurd arguments to protect the murder of unborn babies. There’s no need to worry about a lazy legislature that hastily wrote a vague bill likely to score political points back in March when most of them probably thought Roe would never be overturned.

Unborn babies are members of the human race thus entitled to equal rights under the law. All they need is legal recognition of that.

If the law defined life as beginning at conception, there would be no need for abortion-specific laws. It would simply be covered under the existing murder laws.

“Abortion is now virtually illegal or significantly restricted in more than a dozen states, many of which have implemented what are known as ‘trigger’ laws designed to take effect immediately upon the reversal of Roe v. Wade and criminalize abortion throughout pregnancy.”

“Strict penalties: Penalties for abortions in many conservative states are extremely prohibitive. In Alabama, performing any elective abortion is now a felony equivalent to rape or murder and can lead to life imprisonment. In Louisiana, aborting a minor’s baby carries up to 50 years in prison.”

“Few exceptions: All states with bans in effect post-Roe except three (Georgia, Mississippi, and South Carolina) prohibit abortion for both rape and incest, in a striking testament to increased awareness of the personhood of the unborn and a break with longtime Republican policy.”

“Abortion not ‘necessary’: Every state continues to allow exceptions when ‘necessary’ to save the mother’s life due to a physical condition. Experts have attested that abortion is never medically necessary, however, and many pro-lifers and the Catholic Church point out that it is always the deliberate killing of an innocent human being.”

Idaho and Indiana have bans set to take effect in the coming weeks and months.

Wyoming is one of seven states with abortion ban laws currently blocked as litigation occurs. Arizona, Iowa, Michigan, North Dakota, Utah and West Virginia the others.