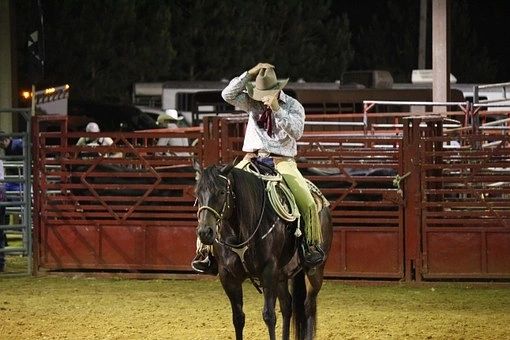 The Cody Night Rodeo Stampede sure kept up to it’s mythic surprise. On the third night of the Wild West rodeo, several surprises took place in several categories.

Multiple individuals moved into a breakaway lead in the categories of saddle, Bronc riders, dual-team roping, and the alltime barrel speed times.

#3 was another Montana man from Stevensville, Montana, named Richmond Champion with a total of 85 total points.

#5 From Amarillo, Texas: Will Lowe, who received 83 total points.

In the category of Team roping, the following individuals scored as follows: again from the (Big Sky State) Billings, Montana was Clay Tryan and Jake Long from Coffeyville, Kansas, with a speed score of just 4.0 seconds.

#2 second place was Dustin Egusquiza from Marianna, Florida, and his team partner, Travis Graves from Jay, Oklahoma, with a speed score of 4.1 seconds.

#3 Ended up with two teams scoring in a dead-heat, even score of 4.2

#4 Team was Jake SMith and Britt Smith, both from Broken Bow, Oklahoma, with a score of 4.3

#5 The lowest score was received by Rance Doyal from Harshorn, Oklahoma, and Jake Clay form Spula, Oklahoma, both receiving a 4.1 score.