Wyoming AG Failed To Sign On Board With Montana AG Knudsen 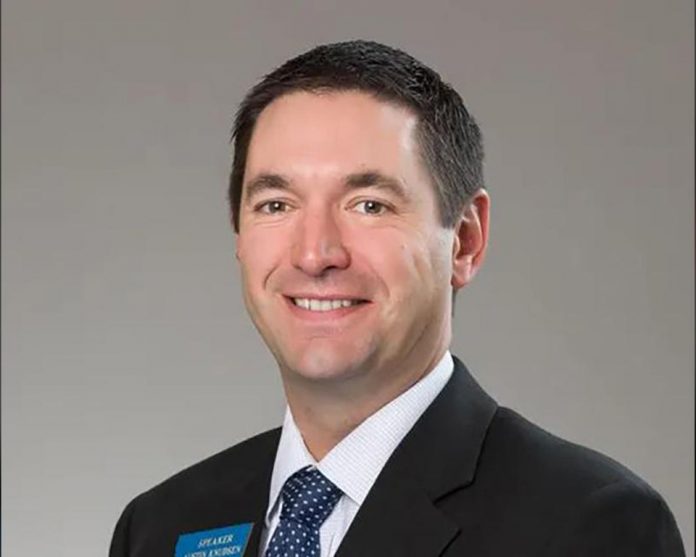 HELENA — In response to the alarming increase of drug overdose deaths around the country, Attorney General Austin Knudsen and attorneys general from 15 other states are calling on the Biden administration to take a tougher stance against the influx of fentanyl that is produced on an industrial scale in Mexico from Chinese-made materials before its smuggled into the United States.

In a recent letter to U.S. Secretary of State Antony Blinken, the attorneys general outlined their concerns about the production and distribution of the dangerous drug and urged him to protect American families and communities with a “fulsome and urgent response to this escalating plague killing our people every day.”

“The Biden administration’s handling of the border crisis enables Chinese chemical manufacturers and Mexican drug cartels to cause and profit from fentanyl addiction and the resulting deaths of Americans,” Attorney General Knudsen said. “Montana law enforcement can’t be everywhere at once – we need the federal government to secure our borders and demand the governments of China and Mexico stop this poison from reaching our country.”
The Centers for Disease Control and Prevention estimates that fentanyl and other synthetic opioids killed 64,178 Americans between May 2020 and April 2021, an increase of more than 25,000 deaths from 2019. In that time, fentanyl overdoses have become the leading cause of death for American adults ages 18-45.

Montana has not been immune. Montana Department of Justice State Crime Lab reported a 116 percent increase in fentanyl-related deaths in our state from 2019 to 2020. Earlier this week, emergency medical teams had to revive nine people in Lewis and Clark County who had overdosed on heroin believed to be laced with fentanyl within 48 hours, the sheriff’s office reported.

Historically, fentanyl was made in China and shipped directly to the United States. Following pressure from the federal government, China began taking action against illicit fentanyl manufacturing within its borders in 2019. However, Chinese chemical manufacturers ended up diverting precursor chemicals to other countries, including Mexico.
In China, perpetrators caught mislabeling precursor shipments often face only civil penalties and small fines rather than criminal charges, according to the U.S. Department of State. Insufficient oversight of the chemical manufacturing industry and government corruption are also enabling the illicit fentanyl trade to flourish.
Fentanyl is entering the United States from Mexico in alarming quantities. While seizures of fentanyl directly shipped from China to the United States shrunk dramatically from over 128 kilograms seized in 2017 to less than half a kilogram in 2020. Seizures of fentanyl at the border increased from approximately 1,187 kilograms in 2019 to approximately 2,939 kilograms in 2020.

“The Department of State must act. Our States depend on the federal government and the Department to represent the vital interests of our people to foreign governments. The Department must make it plain to China that the country is not doing enough. Though China may have taken some initial steps to address domestic production of fentanyl itself, it has turned a blind eye as its citizens have forged an international triangle of death with Mexico,” the coalition of attorneys general wrote to Blinken. “Mexico must likewise be pressured to take swift and forceful action against the cartels that are producing finished fentanyl and trafficking this poison across the border into our country. The Mexican government’s negligence in permitting the erection of industrial scale manufacturing of fentanyl is inexcusable.”