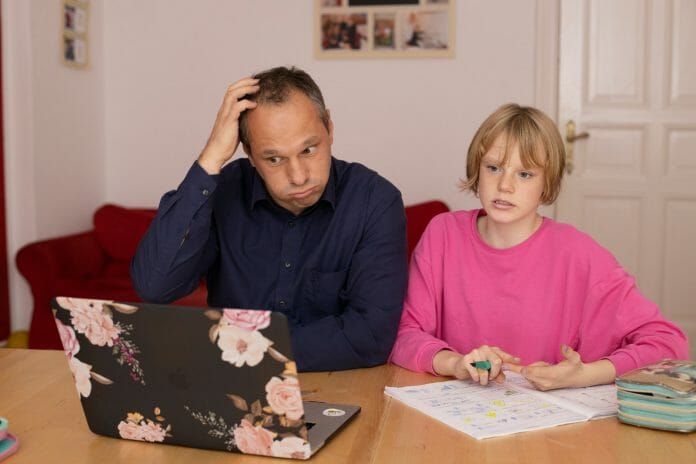 When the medical tyranny began in March of 2020, government schools across the country shut down.

That sparked an increase in the number of parents who chose to homeschool their kids. The Associated Press reported that there was a jump nationwide after lockdowns began in homeschooling families, but that trend slowed down in the 2020-2021 school year. Numbers remained higher than before the plandemic, but many of those families who chose to homeschool after the initial lockdowns returned their kids to the hands of the government in 2020-2021 as the government schools largely reopened for in-person indoctrination. However, Wyoming parents continued the trend after schools reopened according to numbers released by the Wyoming Department of Education (WDE).

The total number of Wyoming homeschooled students was 3,884 in 2019-2020. However, that still represents a relatively small portion, about 4%, of all students. According to the 2021-2022 statistics, there were 91,992 registered K-12 students in Wyoming government schools.

The Casper Star-Tribune, reporting recently on the WDE data, showed where its mind is at reporting that the trend continues to rise “even as vaccines became available.” Maybe, just maybe, the possible threat of their children being forced to submit to experimental gene therapy is the very reason why parents are choosing not to return their kids to the indoctrination centers.

Maybe it’s also because they’ve seen the godless cesspool that is American government schools. The only way to know the reason for the trend is to individually speak with each family that makes the choice to take their parental responsibility to teach their own kids. In a free nation, it’s nobody’s business why any family makes that choice.

The WDE website does state that it doesn’t regulate the specifics of a homeschool curriculum but rather requires certain subjects to be taught including civics, history, literature, math, reading, science, and writing. It does require parents to “submit a curriculum to the local district each year.”

How much control those local government bodies have to regulate the curriculum is not stated by the Wyoming Department of Education.

Rothfuss said the main concern of Wyoming legislators is “about providing resources for students who choose to homeschool,” according to the Tribune. In other words, how can the state steal more money from taxpayers to divvy out and buy power and control over homeschool families?

Rep. Sue Wilson (R-Cheyenne) pushed a bill last year to divvy our $65 million to school districts for the students within them that are homeschooled or attend private school. Those funds would have split the money between the district and the families meaning the district would be receiving more taxpayer dollars for doing nothing but rather for having families in their districts who choose freedom over the socialist school system. That bill did fail because legislators wanted more control over the private and home-based schools, according to the Tribune.

The Tribune implied throughout the piece that homeschooled students don’t have standards since the government doesn’t control them. However, parents would more than likely set much higher standards for their kids than the godless government system, and data offers proof of that. Howdoihomeschool.com has annual data showing that homeschool students consistently, year after year, academically outperform government school students, and it’s usually by a wide margin. But alas, this trend in homeschooling has the control freaks worried. “If there’s a sustained uptick in kids who are making the choice to do homeschooling, then I think it’s important to understand why they are making that choice and if the school district can serve the need of these kids,” Brian Farmer, executive director of the Wyoming School Board Association, told the Tribune.

Well Farmer, maybe the kids of parents who homeschool them don’t “need” anything from you. And quite frankly, it’s none of your business why parents choose to homeschool their kids, so butt out!