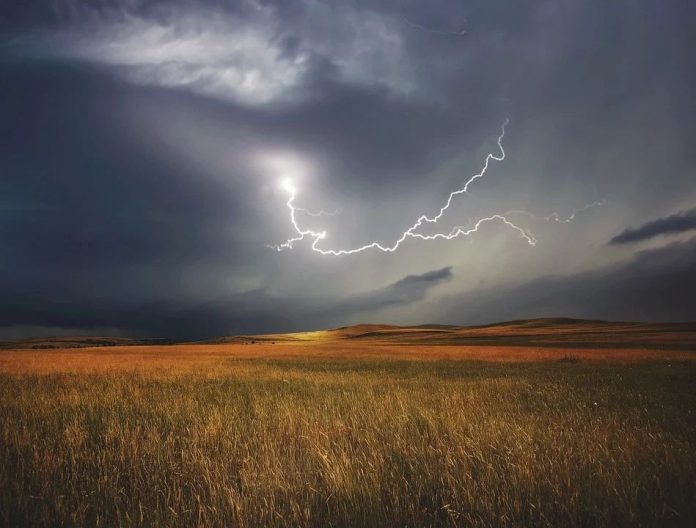 Mac, a 24-year-old horse, saved the life of his rider, Jack Corson, who was hearding cattle when suddenly, he was struck by lightning. Jack Corson and the horse collapsed to the ground instantly. The incident happened out on the Bell-Otte ranch, the southern part of the state of Wyoming. According to reports the horse was wearing all-metal shoes, which probably saved Jack Corson’s life. Jack had little metal rivets in his baseball cap, enough to draw a lightning strike. The lightning struck Jack’s baseball cap, the metal rivets then transferred the bolt of lightning into Jack then into the horse and since the horse had metal shoes on all four of his hoofs, the horse was probably well grounded and saved his rider, Jack. The horse received the bulk of the lightning bolt and more than likely was the only reason that Jack Corson is a live today. According to the recorded data, both with the Weather Service and Fema, only about 27 to 28 individuals in the United States have been killed due to lightning strikes, in 20 years, but 250 or 300 hundred have been seriously injured due to lightning strikes. Here is a map of current lightning strikes happening in Wyoming now. Click on the link below. https://ewscripps.brightspotcdn.com/48/bd/418381ea46f2b19d499ef4bc21a2/21cr1676-haubert-john.pdf