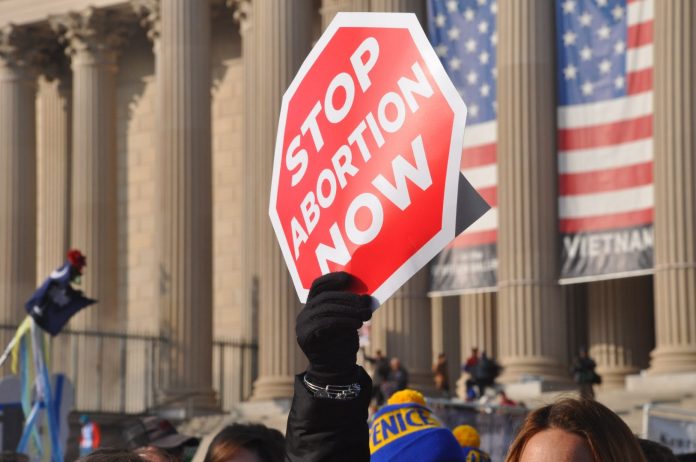 With last week’s U.S. Supreme Court opinion that overturned the nearly five decades old Roe v. Wade, it’s set in motion trigger laws in at least 13 states that will ban abortions, otherwise known as baby murder, with some exemptions depending on each state’s law.

Wyoming is one of those states with a trigger law, under House Bill 92 approved in March, to prohibit abortions if the 1973 Court opinion was overturned. While some states have already implemented their laws to prohibit abortions, there appears to be no rush to implement H.B. 92 in Wyoming.

Beyond the trigger laws, various other states are also writing laws to prohibit and regulate abortions. Life Site News detailed where such laws stand across the nation as it reported: “As of Wednesday evening, laws in at least seven states have taken effect criminalizing abortion throughout pregnancy with virtually no exemptions. Several other states have sharply restricted the murder of unborn children within their borders, and 10 or more are set to enforce bans in the coming days and weeks.”

H.B. 92, which was signed by Wyoming Gov. Mark Gordon on March 15, did include a review process of the Supreme Court’s decision before the bill would take effect.

The bill states that Attorney General Bridget Hill “shall, within thirty (30) days of the date of the final decision of the supreme court, report the results of each review… to the joint judiciary interim committee.”

After that review, the bill states it “shall be effective five (5) days after the date that the governor, on advice of the attorney general, certifies to the secretary of state that the supreme court of the United States has overruled Roe v. Wade, 410 U.S. 113 (1973) in a manner that would authorize the enforcement of this subsection or has otherwise issued a final decision related to abortion that would authorize the enforcement of this subsection in accordance with that decision and without violating any conditions, rights or restrictions recognized by the supreme court.”

That would put H.B. 92’s implementation as late as July 29 if the full 30 days of review by the attorney general followed by five days after Gordon certifies the results of that review.

Wyoming News reached out to Gordon’s office to ask for an expected timeframe of when to expect the bill to take effect, noting that H.B. 92 did not require 30 days for Hill’s office to review the Court opinion but rather states “within” 30 days.

“Governor Gordon has spoken to and is working with his Attorney General who is actively analyzing the Supreme Court decision,” said Ivy Castleberry, policy advisor and communications specialist. “That analysis is due on July 24th.”

Although that review process was included in H.B. 92 in case there was a question if Roe v. Wade was indeed overturned, the June 24 majority opinion written by Justice Samuel Alito made it clear that both Roe v. Wade and a 1992 opinion under Casey v. Planned Parenthood, which upheld Roe, were overturned.

The June 24 opinion was in the case of Dobbs v. Jackson Women’s Health Organization, related to a Mississippi law banning abortions after 15 weeks of pregnancy. In his opinion, Alito described Roe as “egregiously wrong from the start” with “exceptionally weak” reasoning that has resulted in “damaging consequences.”

In his conclusion, Alito wrote: “Abortion presents a profound moral question. The Constitution does not prohibit the citizens of each State from regulating or prohibiting abortion. Roe and Casey arrogated that authority. We now overrule those decisions and return that authority to the people and their elected representatives.”

Wyoming’s trigger law does include exemptions for health of the mother as well as rape and incest.

Wyoming News also asked Gordon’s office about enforcement of H.B. 92 (state or local enforcement), licensing of a surgical abortion facility that was planning to open in Casper this summer, if abortifacients are covered under the abortion prohibition and the governor’s thoughts on if he would support removing the exemptions for rape and incest as some legislators have discussed removing that exemption. The rape and incest exemptions effectively allow babies to be punished for the crimes of the father.

Castleberry was unable to answer those questions this week, but Wyoming News will follow up when a response is given.