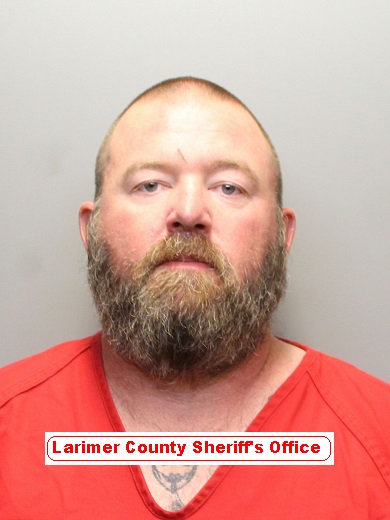 A 46-year-old Nunn man was charged with attempted murder and a felony menacing charge for an October 8, 2022, incident in Wellington. At about 3:30 p.m., a man called the Larimer County 911 dispatch center.

A 46-year-old Colorado man is facing a long list of charges, including attempted murder and felony menacing, in connection with an October 8 incident in Wellington.

At about 3:30, 46-year-old man Zerk Marshlin Bears stated that he had killed a woman and a child.

According to the Sheriff’s Department. As Multiple deputies arrived at an address on Woodlake Lane in Wellington, Deputies located a woman and a child who were outside of the home and were alive.

According to the Sheriff’s Department, the woman stated a man pointed a gun at her when he was on the phone with 911 dispatchers and pointed his gun at her three-year-old child.

The woman and child ran away at some point as the man was on the line with the 911 dispatch. As she was running, she heard a gunshot as they fled for their lives. Fortunately, neither the mother nor the child was injured.

Once deputies surrounded the home, they could deploy their tasers on Zerk Marshlin Bears, enabling the Deputies to arrest Zak without incident.

He was charged with two counts of Menacing –Aggravated Assault – Weapon (F5) and Domestic Violence Enhancement allegations. But according to the post:

”Additional allegations have been added for Zerk Marshlin Bears (06/10/1976). The current allegations are:

TRUMP TRAIN On The Move Again Between Powell And Cody Wyoming