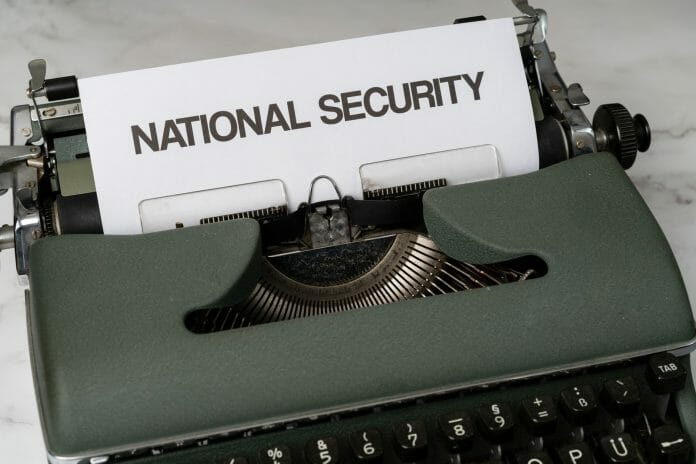 The Homeland Security, Secret Service, was compromised by defendants Arian Taherzadeh and Haider Ali who were both charged with one count of false impersonation of an Officer of the United States which violates Title 18, United States Code, Section 912

According to documents filed by prosecutors, the Wyoming News learned that as early as February of 2020, Taherzadeh and Ali had been pretending to be officers or employees of the United States Government and acted as such.

During their conduct, Taherzadeh and Ali attempted to use their false and fraudulent affiliation with DHS to ingratiate themselves with members of federal law enforcement and the defense community.

Of these individuals, they received from the defendants rent-free luxury apartments with rent paid in full for $40,000.00 per apartment.

iPhones, surveillance systems, a drone, a flat-screen television, a case for storing an assault rifle, a generator, and law enforcement paraphernalia were given to USSS agents and a Department of Homeland Security Officer as gifts.

Taherzadeh also offered these individuals use of what he represented to be “Official Government Vehicles.” In addition, Taherzadeh offered to purchase a $2,000 assault rifle for a United Secret Service Agent assigned to the First Ladys’ protective detail.

As of April 4, 2022, as a result of this conduct, four members of the Secret Service were placed on administrative leave pending further investigation.

In furtherance of their false and fraudulent conduct, Taherzadeh and Ali recruited an individual to be an “employee of DHS” and “serve on their task force.” As part of the“recruitment process,” the defendants required that the “applicant” be shot with an Airsoft rifle to evaluate their pain tolerance and reaction.

After being shot, the applicant was informed this was part of the hiring process.

The applicant also was assigned to research an individual who provided support to the Department of Defense and the intelligence community.

The fake cop scam was working well for some time until

Taherzadeh and Haider Ali, who represent themselves as Department of Homeland SecurityInvestigations (HSI) Special Agents, may have witnessed the assault on the postal carrier.  According to the Postal Inspector, both Taherzadeh and Ali then identified themselves as being with the Department of Homeland Security and Ali stated that Taherzadeh was an HSI Special Agent which they informed the Postal Inspector that HSI Special Agent was a deputized “special police” with the city government of the District of Columbia, and involved with undercover gang-related investigations.

They claimed to be investigating the violence at the United States Capitol on January 6, 2021.

The USPIS inspector discovered that both individuals utilized a black GMC SUV and described it as their “official DHS vehicle.” According to residents, this vehicle has emergency lights.

The USPIS inspector learned from residents that Taherzadeh and Ali have video surveillance set up in various parts of the apartment complex.

Both men bragged to residents, they accessed any-time all cellular telephones of the residents in the apartment complex.

The Postal Inspector or USPIS inspector, more appropriately called, discovered that several members of the USSS and members of the Uniformed and Protection divisions were living at the complex paid for by Taherzadeh and Ali.

This seemed suspicious to the USPIS Inspector who decided to report what he discovered to the Federal Bureau of Investigation for further investigation.

When the FBI got involved, they corroborated the statements obtained by the USPIS Inspector from the residents that lived in the building.

This is how events occurred and went down.