40,000 National Guard Soldiers could be fired this week for not submitting to jab mandates 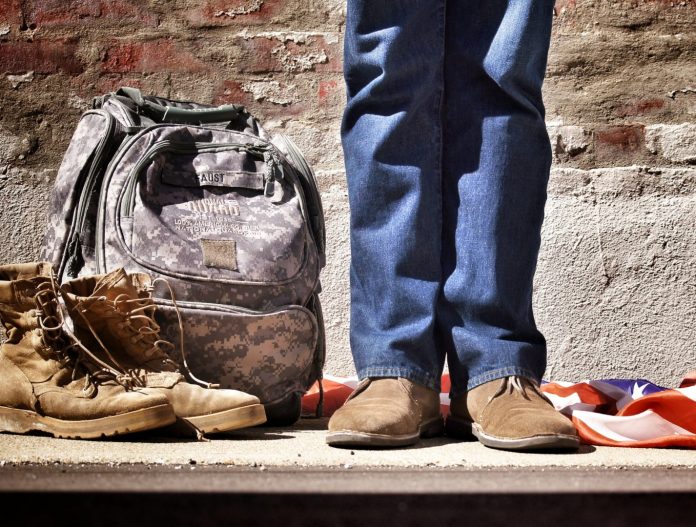 Army National Guard troops are facing the deadline to comply with the government’s mandate to submit to experimental gene therapy through COVID-19 jabs, with the deadline being this Thursday.

The Associated Press (AP) reported that the Army National Guard has the lowest jab rate among the armed forces at 85% “fully vaccinated” and 87% “partially vaccinated” which would amount to up to 40,000 troops facing discipline, up to being fired, by Thursday if they refuse to be guinea pigs to the government/Big Pharma experiment.

The National Guard was given the longest deadline for submitting to the experiment likely because they are dispersed around the country in all 50 states while governors have more control over those troops than active duty military.

The AP stated that the guardsmen will lose their pay starting Thursday if they do not comply.

Lt. Gen. Jon Jensen, director of the Army National Guard, told the AP: “We’re going to give every soldier every opportunity to get vaccinated and continue their military career. Every soldier that is pending an exemption, we will continue to support them through their process. We’re not giving up on anybody until the separation paperwork is signed and completed. There’s still time.”

“When you’re looking at, 40,000 soldiers that potentially are in that unvaccinated category, absolutely there’s readiness implications on that and concerns associated with that. That’s a significant chunk,” Jensen added.

The unconstitutional and immoral mandates persist despite the experimental gene therapy shots being proved and admitted as not effective as well as being linked to a myriad of adverse events.

For the updated numbers, the Center for Disease Control’s (CDC) Vaccine Adverse Event Reporting System (VAERS) now shows 29,031 deaths by jab reported to the system. Wyoming News has reported that the CDC itself admits that VAERS undercounts adverse events by at least a factor of 6X while other independent studies have found that factor to be as high as 41X. That puts the likely death range between 174,186 and 1,190, 271.

This has been a massive experiment from the start and remains an experiment.

In April, pimping for Big Pharma, the former authoritarian occupant of the White House Barrack Obama said that “we’ve now, essentially, clinically tested the vaccine on billions of people worldwide,” thus admitting everyone who has submitted to the shots around the world has been a guinea pig in the experiment.

There continues to be no fully approved shot on the market place with all legally designated as experimental under Emergency Use Authorization (EUA).

Last August, Pfizer’s mRNA jab was given “full approval” by the Food and Drug Administration, but that apparently a dog and pony show to allow the narrative media to push the lie that the jabs have been approved as the so-called “approved” shot, given the name Comirnaty, remains off the market place with only Pfizer’s EUA jabs only available.

The CDC’s webpage titled “COVID-19 Vaccine Related Codes” states that Comirnaty “will not be manufactured or made available in the near term.”

Sara Middleton, reporting for Natural Health 365, noted that Comirnaty is essentially the same formulation as the EUA Pfizer shots, yet they are refusing to manufacture the so-called “fully approved” shots.

Middleton wrote that “most drugs require at least an entire DECADE before they can finally earn the FDA seal of approval. And we’re supposed to believe that the approval process for Pfizer’s jab was completed as thoroughly as possible in mere months?”