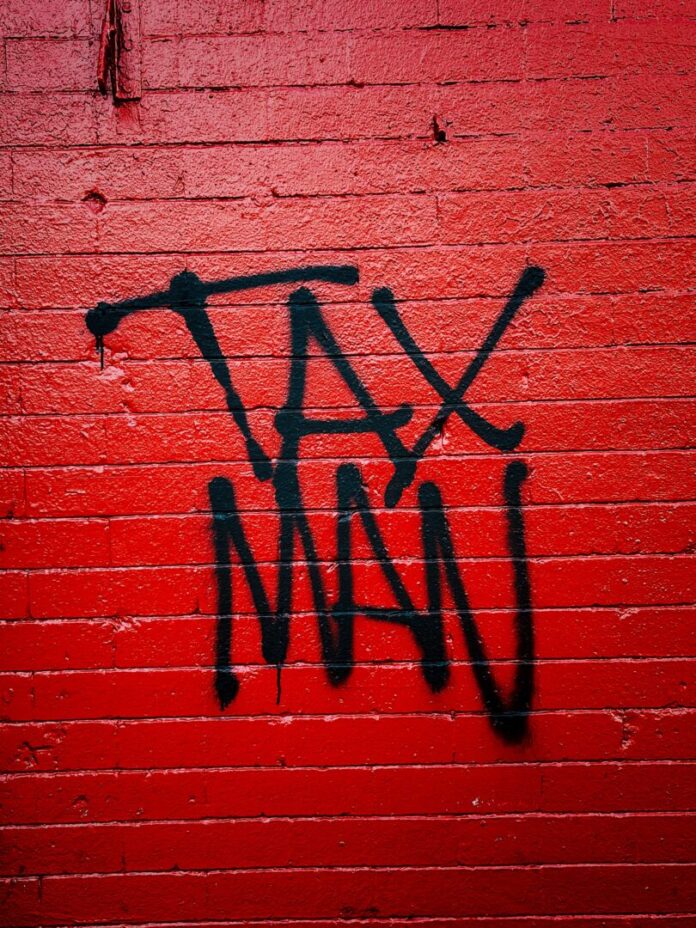 “The IRS has a history of disrespecting due process rights of Americans, so creating a new army of IRS agents with a mission to extract more money will lead to massive liberties violations. Given the IRS’s shameful history of harassing the political enemies of whoever holds power at the moment, we should expect the new agents to target opponents of US foreign policy, gun control, government promotion of green energy, and other policies of the current administration,” wrote former Congressman Ron Paul.

Paul was writing about the new Internal Revenue Service (IRS) agents to be hired under the disgracefully named Inflation Reduction Act (IRA), the behemoth $739 billion spending bill that landed on the Biden regime’s desk yesterday. The bill was approved by the Congress last Friday.

The IRA includes tax increases that will largely hit small businesses. The Joint Committee on Taxation estimates “between 78% and 90% of the additional $200 billion that the IRS will collect as a result of its bolstered workforce will come from small businesses making less thn $200,000 per year.”

That “bolstered workforce” comes from $80 billion going to the IRS to hire an estimated 87,000 new agents over several year, 70,000 of those agents being armed thieves for the state. Compare that $80 billion to the IRS’s annual budget which is $12.6 billion, according to The Free Thought Project (TFTP).

As for the government’s armed robbers, TFTP reported that the IRS was advertising for candidates who are ready and willing to kill. Of course, as TFTP points out, that job listing has been removed by the IRS, but that listing is archived for all to see.

The duties for the position stated the IRS needs agents at “a level of fitness necessary to effectively respond to life-threatening situations on the job,” and being “willing and able to participate in arrests, execution of search warrants, and other dangerous assignments.” It goes on to say candidates must “be willing to use deadly force, if necessary.”

Keep in mind, earlier this year the IRS made a bulk purchase of ammunition while it trained for raiding average American homes last year, as detailed in a 2021 IRS annual report which showed agents training in setups meant to look like average American suburbs.

The Conservative, Inc. media is there to pacify you and look away from what truly is happening. Take the Fox News show The Five in which so-called “conservative” Jeanine Pirro called these new armed thieves just “four-eyes” that we effectively don’t need to worry about having guns, and so-called “conservative” Greg Gutfeld said the IRS job posting was just “to make a dull job sound exciting and cool.”

These so-called “conservatives” don’t want you to know that your government is at war with you, and it’s been at war with you for a long time. In the past, one could be forgiven for not understanding that because they want to believe the best of their government. However, if you don’t realize it today after over two years of the government calling us nonessential and locking us down over a cold virus, you have no excuse.

We must start understanding that America has ceased to be the “land of the free, home of the brave” if we are to ever combat our totalitarian government.

The IRS is a den of thieves. It has no legitimate purpose except to remind us that we’re slaves to the state. Just consider the fact that we’re taxed at all. Why, when the government fully embraces modern monetary theory (or the magic money tree), are we taxed? The political class, Democrat and Republican alike, and bureaucrats believe the Federal Reserve can print (or digitally add) all the currency it wants without any negative effect. If that were true (which of course it’s not), then taxing the people at all is nothing more than a control mechanism.

This addition to the IRS army is nothing to laugh off as a “dull job” for “four-eyes.” The IRS must be abolished.

“The easiest solution to this standing army of wage thieves — whose entire existence is devoted to separating you from your money — is to abolish the entire organization and eliminate the income tax completely. After all, taxation is theft,” wrote Matt Agorist for TFTP.

The same goes for practically all federal agencies as they are almost entirely all unconstitutional.