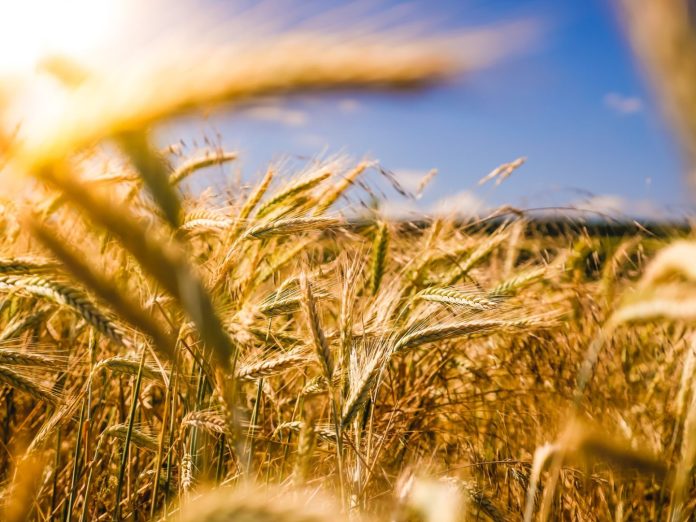 The US Environmental Protection Agency (EPA) recently used yet another collusive sue-and-settle arrangement to ask the Ninth Circuit Court of Appeals to order the agency to “reconsider” a 2019 regulation governing the use of atrazine, an important agricultural herbicide. The clever ploy has given EPA a pretext to propose that “detectable levels” of atrazine in US aquatic ecosystems must not exceed 3.4 parts per billion (ppb) over a 60-day period. This ridiculously low average is equivalent to 3.4 seconds in 11,500 days – nearly 32 years! Computer projections that even one affected plant or animal of a species “would likely be affected” would trigger prohibitions on using the chemicals.

The EPA proposal amounts to an effective ban on using atrazine, which is critical to controlling invasive and hard-to-kill weeds that are impervious to other herbicides. It will sharply reduce corn and other crop yields amid skyrocketing fuel prices and rising world hunger.

EPA’s action clearly looks like open defiance to a recent US Supreme Court decision sharply limiting the agency’s discretion to impose “transformative expansions” in its regulatory authority in the absence of clear statutory language directing or allowing it to do so. Of course, there’s even more going on here that people need to be aware of.

Biden EPA policies will raise prices and harm crops and the environment in the name of saving species.

In just seven decades, America’s conventional (non-organic) farmers increased per-acre corn yields by an incredible 500% – while using steadily less water, fuel, fertilizer and pesticides – feeding millions more people. Among the many reasons for this miracle is their ability to control weeds that would otherwise steal moisture and nutrients from this vital food, animal feed and fuel (ethanol) crop.

In the United States, the second most widely used herbicide after glyphosate (Roundup) is atrazine, which is critical to controlling invasive and hard-to-kill weeds impervious to other herbicides. Atrazine is used on 65 million acres of corn, sorghum and sugarcane. That’s equivalent to Colorado or Oregon, on croplands scattered across a dozen Midwestern states. It’s also used on millions of acres of golf courses, lawns and highway medians nationwide.

The US Environmental Protection Agency (EPA) has periodically reviewed atrazine science – which now comprises more than 7,000 studies over the past 60 years. It has found the herbicide is safe for people, animals and the environment.

But that hasn’t stopped the Center for Biological Diversity (CBD), Pesticide Action Network (PAN) and other groups from campaigning to have atrazine banned outright or regulated into oblivion.

Extreme environmentalists also oppose fossil fuels, genetically engineered crops, and manmade fertilizers and insecticides. But they are silent about dangerous “natural” organic pesticides, including many that are lethal to bees and fish – and about cadmium and other toxic metals that can leach out of solar panels dumped in landfills – even though all these toxic chemicals could end up in our waterways.

Last year, I explained how activists successfully used collusive sue-and-settle lawsuits to force EPA to develop a formal process for evaluating whether endangered species were “likely” to be “adversely affected” by exposure to common pesticides. Facing court-ordered deadlines for completing the new assessments, the agency unsurprisingly found that the vast majority of species would “likely be adversely affected” by herbicides and other pesticides.

But it did so by employing the standard that even one affected plant or animal of a species would trigger prohibitions on using the chemicals. EPA also utilized hopelessly deficient satellite imagery, statewide crop and atrazine data, toxicity studies of unrelated laboratory animals, computer models, and best guesses. The garbage-in/garbage-out exercise bears little relation to real-world use, exposure or risks.

CBD, PAN and other anti-pesticide groups recently sued EPA again, in the Ninth Circuit Court of Appeals. EPA used the lawsuit to justify asking the court to order the agency to “reconsider” a 2019 regulation. So now EPA has proposed that detectable levels of atrazine in US aquatic ecosystems must not exceed the astonishingly low average level of 3.4 parts per billion (ppb) over a 60-day period.

EPA calls this the “concentration equivalent level of concern,” or CE-LOC. But 3.4 ppb is equivalent to 3.4 seconds in 11,500 days – nearly 32 years! Atrazine isn’t plutonium. It’s been used and studied since 1958. To suggest that 3.4 ppb could devastate American ponds and rivers defies reason, and science.

These outfits aren’t even dealing with actual field or pond observations and evidence of harm. They’re talking about extrapolations, backed up mainly by secretive models, conjectures and activist pressure. However, the effects on American agriculture are likely to be profound, and widespread.

This focus on protecting aquatic life goes back two decades or more; it is so “inside baseball” in its details and complexity that eyes roll and readers fall asleep. The essence is this. Barely three years ago, EPA set the atrazine CE-LOC at 15 ppb, based on a host of government, academic, industry and activist studies and comments. Even the US Geological Survey and Agriculture Department weighed in. Prior to that, it was the still-reasonable level of 10 ppb.

In 2016, EPA proposed but ultimately rejected the 3.4 ppb LOC, after numerous farmers and scientific groups pointed out the shoddy methods and poor science the agency used to get there. But this June 30 – employing the court order that the agency itself asked for – EPA “re-evaluated” its decision. The agency dishonestly claimed it had intended all along to set that extremely low standard, and presented its decision for public comment, almost as a fait accompli.

Anticipating the uproar its proposal would cause, EPA said it would seek “external peer review” of its aquatic species risk assessment and 3.4 ppb decision. But this is a far cry from having a formal, balanced Scientific Advisory Panel do a full, impartial, scientific review, under standards actually set by the Federal Insecticide, Fungicide and Rodenticide Act (FIFRA).

This 3.4 ppb LOC will result in major restrictions on atrazine use and/or necessitate extensive, expensive measures by farmers to control runoff – all based on estimated, predicted, computer-generated atrazine levels across multi-county or multi-state watersheds in which atrazine-based herbicides are used on acreage in who-knows-what proximity to those watersheds.

This Biden EPA decision certainly looks like a “major federal action,” representing a “transformative expansion” in EPA’s regulatory authority, and raising “major questions” about what specific language in FIFRA gives EPA such enormous, unprecedented authority. It would certainly seem that this 3.4 ppb edict defies the legal standards just recently articulated by the US Supreme Court in West Virginia v. EPA, regarding the agency’s asserted authority to regulate power plants in the name of climate change – wherein the court used precisely those quoted terms to reject EPA’s arrogation of authority.

EPA’s proposed standard would certainly result in significant regional and national political, economic and agricultural consequences. It would certainly affect a significant segment of the US economy – and intrude into arenas that are the province of the US Departments of Agriculture and Energy. It would also undermine EPA’s own climate change mitigation and prevention initiatives.

America’s premier environmental agency seems to be telling the Supreme Court, try and stop us again.

Biden Administration policies have already made energy insanely expensive (up to $5 a gallon for regular and $9 in some California cities), created supply chain crises for baby formula and other essential consumer goods, and sent inflation soaring to 9.1% annualized, compared to 1.5% in January 2021. These policies are battering millions of American families.

The President just returned from Saudi Arabia, where he begged the king and prince to produce more oil, so that Team Biden can continue restricting production of America’s own vast petroleum resources. This is embarrassing, demeaning, hypocritical and destructive.

Amid widespread hunger in Sri Lanka, and even in Germany and the UK, due to extreme green policies, Team Biden seems to think it should cause still more damage – and kowtow more to extremists.

As the nation flirts with the possibility of recession, would Team Biden really risk another Depression Era Dust Bowl – which occurred in part because of too much plowing, amid still-record high temperatures and droughts decades before anyone conceived of manmade, fossil-fuel-driven climate crises?

This 3.4 ppb LOC is bad science, bad policy, bad agriculture, bad economics, and perverse morality. Anyone wishing to weigh in on the proposal can submit comments until September 6 at:

Paul Driessen is senior policy advisor for the Committee For A Constructive Tomorrow (www.CFACT.org) and author of books, reports and articles on energy, environmental, climate and human rights issues