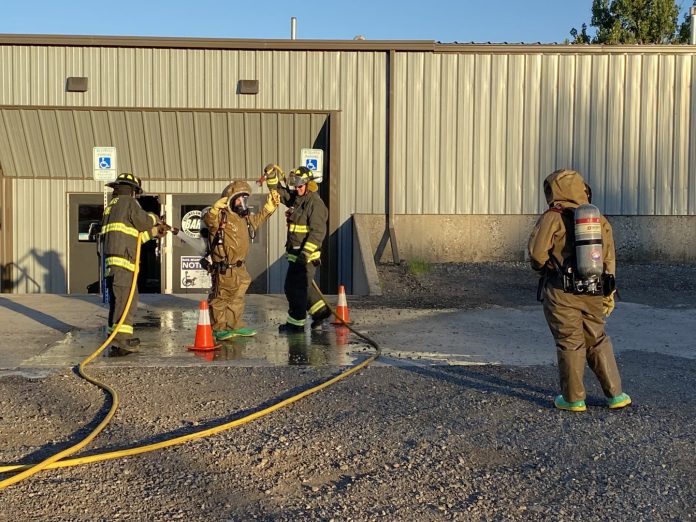 The ammonia leak inside of Centennial Ice Arena has been isolated. There is no threat to the public, however, Two Moon Park is still closed along with the bike path near the ice arena. Bench Blvd is open to regular traffic.

The Billings Fire Department’s HAZMAT team entered the building and located the source of the ammonia leak, shut off valves and pumps, and safely exited the building.

The next step is to re-enter the ice arena to determine if and where there are any hazardous ammonia levels. If dangerous levels are located, they will ventilate the building toward the bike path, which is why the bike path remains closed.

Ammonia is a toxic industrial chemical; if exposed, a person will experience severe skin and lung irritation.

If the building does need ventilation, the level of ammonia that is pushed out of the building would be neutralized once outside and it would not be enough to harm anyone beyond the bike path.

Batallion Chief Jason Lyon said the amount of ammonia used inside of the ice arena is relatively small and is stored in a closed system.

No one was inside of the ice arena when it’s alarm system alerted dispatchers of the issue.