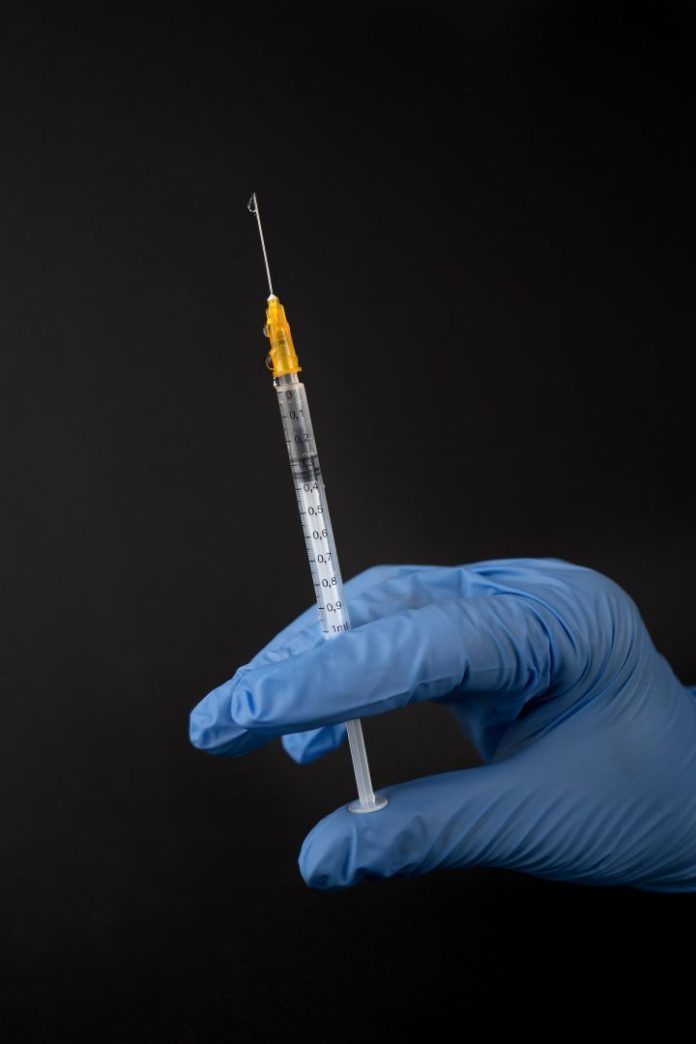 “The Covid vaccine kills people. This is hardly a secret, and the question naturally arises, why are people pushing the vaccine on us? Why are they pushing this deadly drug on small children? Answering this question takes us to the root of the dark forces controlling the world…. We need to stop these monsters before it is too late!”—Lew Rockwell

A new online campaign has been launched, #CanWeTalkAboutIt, that hopes to encourage those injured by the experimental gene therapy COVID shots to speak out and break the censorship that the mainstream has imposed on them.

The idea of the campaign is to have both the vax injured and medical experts speaking together and to help create a network of vax injured who can encourage each other, according to it’s founder Agnieszka Wilson who spoke with The Defender.

Furthermore, Wilson hopes the campaign will help the injured to find resources that are being denied by the medical establishment which refuses to acknowledge that the jabs are not safe and not effective.

Wilson, herself, was injured by a different jab prior to COVID, the Tdap (tetanus, diphtheria, pertussis) shot. After her injury, Wilson noticed how those injured by vaccines have been disregarded and ignored.

Then comes the experimental gene therapy COVID shots, and Wilson knew the silencing would get even worse. And it did.

“We all also knew that media was silencing it,” Wilson said. “These people were denied that these were vaccine injuries [but] we were seeing all of these things happening. So, I thought, we need to do something, we need to start making people aware that these are actually dangerous vaccines.”

Wilson added: “People are being bullied … for being vaccine-injured, and no one believes them. So, we tried to … create a safe space for these people to speak their stories, but also for others.”

Brianne Dressen teamed up with Wilson’s campaign. Dressen, who suffered an inury during the AstraZeneca trials, started the React19 organization to help support those injured by the jabs.

“Speaking out, especially in today’s climate, is especially difficult…. We have been exploited and used so many times by people who just don’t quite take the time to understand the impact they can have on us and our health,” Dressen said.

How bad are the experimental COVD jabs? The latest data from the Vaccine Adverse Events Reporting System (VAERS), released on Friday, shows 29,635 reported deaths from the COVID shots.

As Wyoming News has previously reported, the Centers for Disease Control maintains VAERS and admits its system undercounts injuries by at least a factor of 6X while other independent findings suggest an undercount as high as 41X. That means the likely death count from the jab is between 177,810 and 1,215,035.

“There have now been more deaths and vaccine side effects reported during the past 20 months to VAERS following COVID-19 vaccines than there has been for the entire previous 30 years for all FDA-approved vaccines before the Emergency Use Authorization of the COVID-19 shots in December of 2020,” wrote Brian Shilhavy for Vaccine Impact who notes that the European equivalent to VAERS, the European Medicines Agency database, is showing 46,618 reports of deaths by the shots.

Even with these massive numbers, the establishment continues to push the shots and censor anyone who merely questions the vax regime. This has led to a lawsuit being filed alleging Anthony Fauci and other health bureaucrats of colluding with Big Tech to censor dissent.

“The lawsuit accuses government officials of working with Twitter and other major social media networks to suppress truthful information on multiple topics, including COVID-19,” The Epoch Times reported.

In Israel, evidence shows officials have had knowledge that the jabs are highly dangerous for children yet continue to promote them without informing families of the dangers. Vera Sharay wrote for the Alliance for Human Research Protection:

“Israel’s Ministry of Health commissioned a study analyzing reports of adverse events from Pfizer’s COVID vaccine to Israel’s vaccine database, known as the Nahlieli system, between December 2021 and May 2022. The research team was headed by Professor Matti Berkowitz, director of the Clinical Pharmacology and Toxicology Unit at Assaf Harofeh Hospital (Shamir).”

“Prof. Berkowitz’s team found that children in the 5-11-year age group had twice to four times as many adverse events following the Pfizer shot as children in the 12-17 age group. This doubling of vaccine injuries is, in itself, extremely disturbing — and should have been immediately brought to the attention of the nation’s parents.”

“The parents were not informed. What’s more, the Ministry officials recommended booster shots for youngsters aged 5-11—thereby increasing the risk for serious harm.”

“It is unconscionable that the Israeli Health Ministry knew about the serious risks of harm posed to young children, concealed the evidence, and further expanded the ever-increasing risk for children by authorizing the use of these UNSAFE and medically unjustifiable genetically manipulated injections for infants and toddlers!”