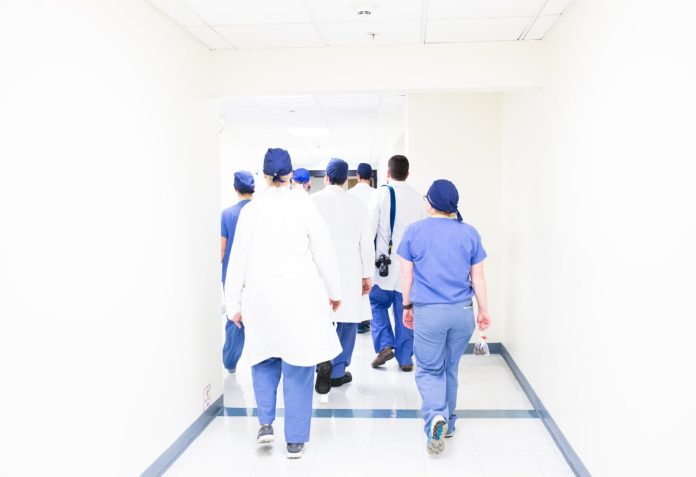 Liberty Counsel announced last Friday that it had reached a $10.3 million settlement on behalf of healthcare workers illegally discriminated against for their religious beliefs by NorthShore University HealthSystem in Chicago.

There were 13 lead plaintiffs in the case who were among over 500 healthcare workers, current and former, who were denied exemptions from the hospital systems jab mandate regarding the experimental gene therapy COVID shots. NorthShore refused to allow any religious exemptions from the jabs.

This is the first class-action settlement in America regarding discrimination related to the jab mandates. A Liberty Counsel press release stated:

“As a result of the settlement, NorthShore will pay $10,337,500 to compensate these health care employees who were victims of religious discrimination, and who were punished for their religious beliefs against taking an injection associated with aborted fetal cells.”

“This is a historic, first-of-its-kind class action settlement against a private employer who unlawfully denied hundreds of religious exemption requests to COVID-19 shots.”

“The settlement must be approved by the federal District Court. Employees of NorthShore who were denied religious exemptions will receive notice of the settlement, and will have an opportunity to comment, object, request to opt out, or submit a claim form for payment out of the settlement fund, all in accordance with deadlines that will be set by the court.”

“In addition, employees who were terminated because of their religious refusal of the COVID shots will be eligible for rehire if they apply within 90 days of final settlement approval by the court, and they will retain their previous seniority level.”

Those who can provide valid proof that they were discriminated against for religious reasons by NorthShore, Liberty Counsel estimates each would receive about $25,000 if all file valid claims. Liberty Counsel will receive 20%, or $2.1 million, for its attorney’s fees which is lower than that typical 33%.

The lawsuit began in October of 2021 when Liberty Counsel sent a letter to NorthShore demanding it approve of religious exemption which would have resulted in no costs to the hospital. Instead, NorthShore chose to defend itself for clearly targeting religious healthcare workers.

What should be noted, however, is all Americans have the right to never be mandated to take any medical treatment regardless of their reasoning. A person has a right to privacy in their healthcare records that neither the government nor an individual’s employer has right to access. Note that abortion is not healthcare but rather murder to make things clear as some may want to claim hypocrisy when there is none.

Also, what needs to be noted is that this does not mean that NorthShore couldn’t attempt to reinforce the mandate and claim that the religious exemptions sought just weren’t sincere. Members of the military understand that all too well.

“Led by leftist Mayor Eric Adams, New York City has fired over 1,750 city employees, including police officers, firefighters, transportation workers, and Department of Education staffers, because they refused to get the experimental, abortion-tainted COVID-19 vaccines.”

The total number is 1,752 to be exact as reported by NYC last week. Additionally, 6,000 city workers who have not yet been fired are still waiting for a response on their exemption requests.

One Man Dead Another Injured

Violent Crime Reaching Into Even Small Communities Like Laurel Mt