Court Reverses Itself In Favor Of Pro-Life NY Defendants 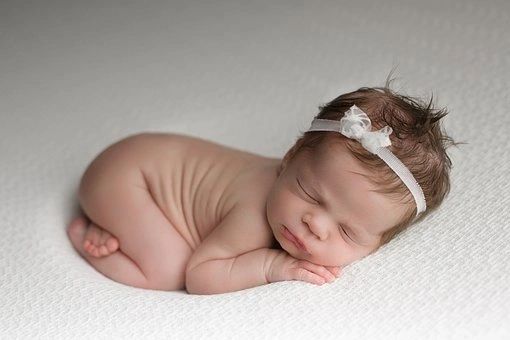 BROOKLYN, NY — A three-judge panel of the Second Circuit Court of Appeals reversed its prior opinion and affirmed the district court’s denial of a preliminary injunction sought by New York Attorney General Letitia James, thus denying her attempt to censor the Christian and pro-life speech of 13 defendants outside Choices Women’s Medical Center in Jamaica, NY.

Liberty Counsel’s client Scott Fitchett, Jr., is a pre-K teacher who has spent Saturdays peacefully sharing the gospel on public sidewalks throughout New York City, including outside Choices “to persuade women to change their minds about seeking an abortion by communicating the gospel of Jesus Christ.”

In a well-written and lengthy opinion, U.S. District Judge Carol Bagley Amon previously denied an injunction sought by the attorney general against the pro-life Christians who counsel women and preach the gospel on the public sidewalks outside the abortion facility. The attorney general appealed to the Second Circuit, and a divided three-judge panel reversed the district court. The Christian and pro-life defendants filed motions asking the court of appeals to reconsider its ruling.

Today, the Second Circuit Court of Appeals in a 3-0 opinion set aside its ruling and reinstated the district court’s order that denied the attorney general’s request for a preliminary injunction.

Fitchett and 12 other defendants were sued in June 2017 by former New York Attorney General Eric Schneiderman who sought a preliminary injunction to shut down the Christian and pro-life speech of the defendants. Judge Amon’s order categorically rejected all of the AG’s claims that Fitchett threatened or intimidated Choices patients or interfered with their access to the facility. To the contrary, Judge Amon found, “His sole activity was to preach and hold a sign [CHRIST DIED FOR SIN] while standing at the edge of the sidewalk,” and credited Fitchett’s testimony “that he preached the gospel outside an abortion clinic,” against “what he perceives to be outrageous sin.”

Schneiderman filed the original lawsuit under the federal Freedom of Access to Clinic Entrances Act (FACE), enacted by Congress to prevent actual violence and physical obstruction of abortion facility entrances, and similar New York laws. Schneiderman intended to silence the pro-life and Christian messages he openly despised. He launched the lawsuit against Fitchett and the other defendants with a press conference outside Choices, where he touted his pro-abortion credentials while shockingly berating pro-life Christians who he said “run their mouths” with “unlawful, un-American rhetoric.” Flanked by the millionaire abortionist and Choices owner Merle Hoffman, Schneiderman smugly declared, “We are not a nation where you can choose your point of view,” and denigrated Christians’ efforts to counsel women and advocate for the life of the unborn as “horrifying” and “illegal.” In a sad twist of irony, Schneiderman would resign in disgrace less than a year later after serious allegations that he physically abused four women.

Liberty Counsel Founder and Chairman Mat Staver said, “This a great victory. We are pleased that the Second Circuit Court of Appeals reversed its prior opinion and reinstated the district court’s well-reasoned opinion that thwarted the attorney general’s attempt to censor our client. Scott Fitchett did nothing wrong by exercising his First Amendment right to preach the gospel on a public sidewalk. The AG’s lawsuit is politically-motivated and patently frivolous.” Liberty Counsel is a public Law firm and a news partner with the Wyoming News.