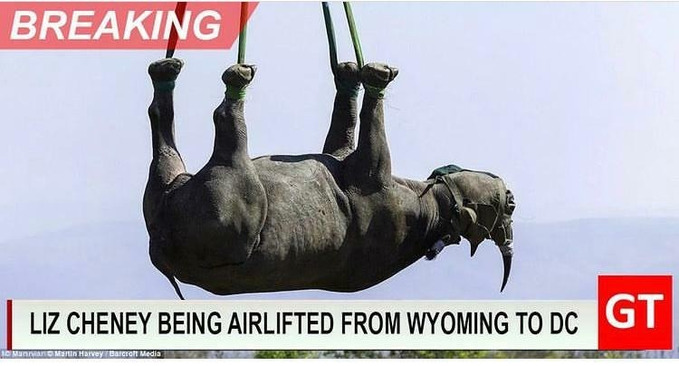 Wyoming’s Crazy Disgraced has been Liz Cheney, now sticking her nose into the State of Arizona politics, as if anybody listens to her ranting and raving. As of late, the former Wyoming Rep, Liz Cheney, declares that all the Republican candidates for the Arizona Governors’ seat and the Secretary of State are threats to American Democracy and pose a risk to national security.

Cheney made false claims and misled the liberal media when she stated that both candidates refused to certify an election if the Republicans didn’t win. Liz Cheney, you are a LIER; you deliberately create deception to make FAKE NEWS.

Cheney is no longer a prominent figure in politics; just an old-washed Pelosi-style politician of whom even her state has rejected her. Liz Cheney was at an event Wednesday at the McCain Institute at Arizona State University. Less than 100 people even attended. Cheney now refers to MAGA Republicans as “Putin Wing of the Republican party. Cheney has lost control of her mind and lips, telling lies after lies trying to whip up FAKE NEWS.

Flood Victims In Billings Need To Ask For Assistance Before End...

DOJ’s COVID Shot Memo Is Absurd So Do Not Take The...