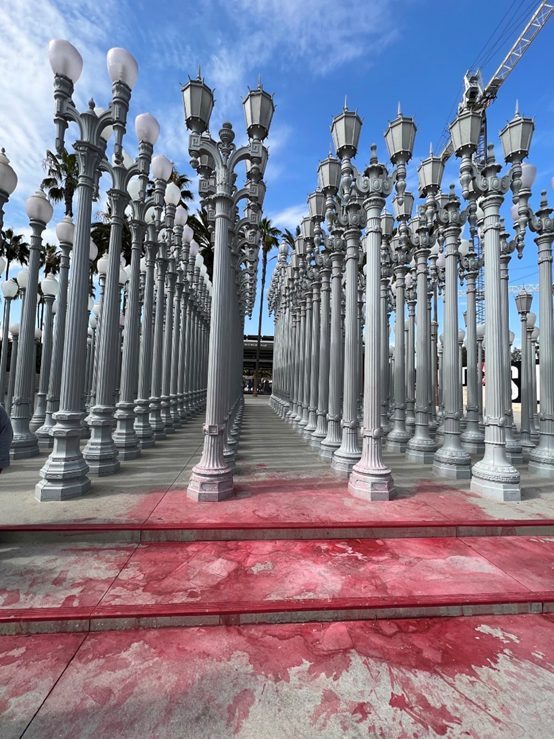 On July 28, 2022, the Los Angeles Police Department’s Wilshire Division responded to a local protest that resulted in three arrests for felony vandalism.

On July 28, 2022, around 12:00 p.m., a group of about 25 protesters gathered outside a local museum in the area of Wilshire Boulevard and Ogden Street. The protest supported the group ‘Rise Up 4 Abortion Rights‘. During the protest, two female protesters chained themselves to the light pole of an art exhibit, damaging the exhibit itself.

At 4:10 p.m., uniformed resources, along with Metropolitan Division officers, effected the arrest of the two females and one male for felony vandalism. At 4:30 p.m., the area was cleared of all protesters without incident.

Below is the booking information for the felony vandalism arrests made during the protest.