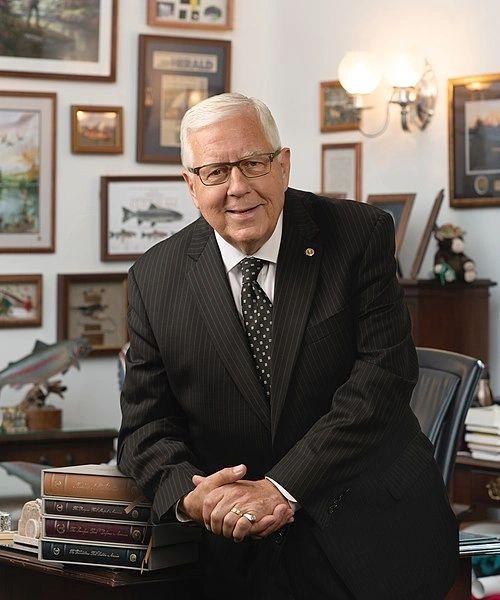 The Wyoming Republican served four terms in the Senate before retiring in 2020.

“His family expresses their deep appreciation for all of the prayers, support, and concern. They now ask for privacy and continued prayers during this difficult time,” According to a family spokesman.

The former Wyoming Senator “sustained serious injuries” while riding a bicycle near his home in Gillette, Wyo., last week.

Mike Enzi was life-flighted on Friday evening from Gillette to UCHealth Medical Center of the Rockies in Loveland, Colo., where he was admitted for medical treatment due to his serious injury.

On Monday afternoon, Mike Enzi ‘s condition worsened due to the extent of his injuries that he sustained. Enzi suffered a broken neck and ribs according to local sources in his home town of Gillette Wyoming where the accident took place at.

Further details of the biking accident are unknown at this time. Medical staff on Monday were continuing to evaluate his condition and were attempting to stabilize Enzi.

Mike Enzi succumbed to his injury late Monday night and passed away.

MIke Enzi served as a Wyoming Senator for four years, then retired in 2020 as the Chairman of the powerful Congressional Budget Committee. He served as a member of the committees on Finance, Health and Education, Labor and Pensions, and Home Land Security and Govermental Pensions.

After he retired, a Wyoming state legislature replaced him: Cynthia Lummis, who was a Republican.

Mike Enzi has a political career that started long before he became a Wyoming Senator. In his home town of Gillette, Wyoming, Enzi served as the mayor and then after that served as a member of the state’s House and the Senate

At one point in his political career, Mike Enzi also served on the US Department of Interior Coal Advisory Committee.

Enzi graduated from the prestigious George Washington University and attended the University of Denver, Colorado. Enzi, during most of his years in Wyoming, served as a member of the Wyoming National Guard, but in his private life owned several shoes stores, both in Montana, and in the state of Wyoming. Enzi also had an accountant degree.