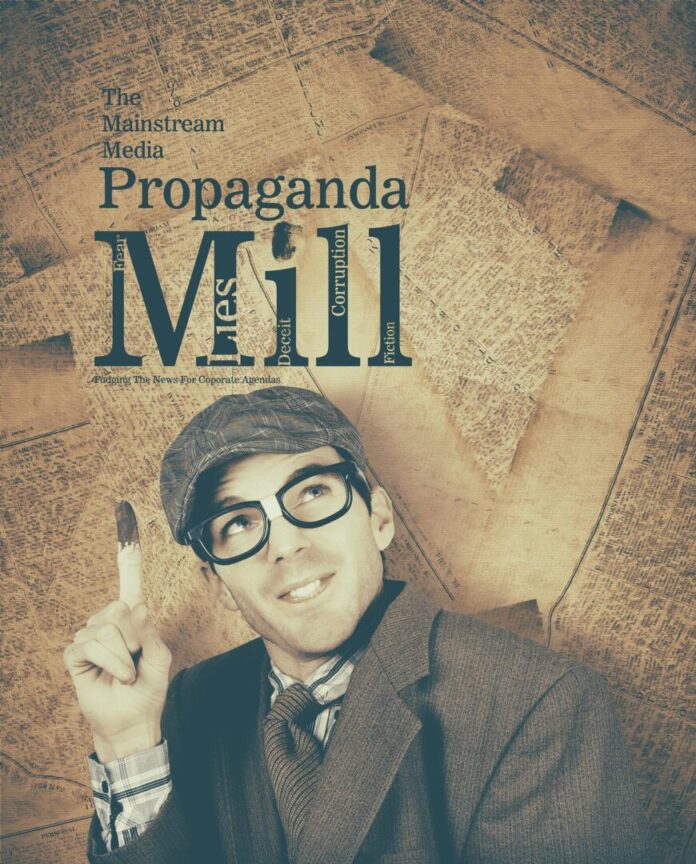 “Science is no longer science. It is whatever the state decides to present as science. The controllers own the public school systems, they own and control the colleges and universities, they control almost the entirety of the atrocious germ-theory based ‘medical’ and pharmaceutical industries, they control the media, they control the money and therefore the economy, and due to this takeover coup, they now control most all people.”—Gary Barnett

The intention was to expose the truth that the experimental COVID gene therapy shots are not only ineffective but also very deadly.

“Someone had to go on Fox News and tell the truth about the injury and death rates about the COVID vaccines…. I explained just how dangerous the vaccines are including the hundreds of thousands who have died and the millions who have been injured,” Kirsch wrote about his experience on Fox.

Fox News had different intentions. It didn’t want to expose the reality of the jabs that it’s been paid to promote. It just wanted to play in the circus of politics which is nothing more than professional wrestling.

Kirsch was on Tucker Carlson Tonight when he spoke to Brian Kilmeade, who was filling in for Carlson that evening.

Kilmeade’s first question exposed the agenda when he asked: “Steve, when did the Democratic Party start going south with you?”

Kirsch was previously a Democrat before the COVID tyranny. Of course, the Democrat Party is garbage. But what Kirsch wanted to talk about was far more important than Kilmeade’s political theater questioning.

Responding to the question, Kirsch explained how nobody in the Democrat Party is willing to look at the data that he was presenting them regarding the dangerous jabs. He also effectively said the same goes for the Republican Party, which Kilmeade had no interest in discussing the disgraceful GOP. Yes, the Republican Party is garbage too.

Kirsch said only one, yes one, politician has been willing to listen and expose the truth regarding the jabs, that being Sen. Ron Johnson (R-WI).

Where things went south for Fox News was when Kirsch started actually talking about the data. He also talked about the anecdote from radio talk show host Wayne Root’s wedding eight months earlier where half of his guests submitted to the experiment and half remained untainted by the gene therapy.

“He found that, of the hundred people that were vaccinated, he had 26 people who were seriously injured,” Kirsch said. “And he had 7 people who died. And in the unvaccinated group he had zero and zero. That is statistically impossible if the vaccines are safe.”

As Kirsch was explaining the data, Kilmeade is seen going through his notes from the Fox News bosses on how to handle dangerous, unwanted information.

Kilmeade, attempting to steer the conversation back to Democrats bad, Republicans good, eventually interjects: “You know, we can’t verify those numbers. These are numbers that you have.”

“I offered Fox and Media Matters the opportunity to verify my other numbers,” Kirsch wrote. “I even posted an article which showed the data backing up every key assertion I made. After all, if I’m found to be telling the truth, that would be game changing. Neither organization has taken me up on my offer. Yes, that’s right. The biggest story of the decade and neither organization wants to validate the numbers. You are supposed to take their word for it that I’m wrong. Data doesn’t matter.”

This, of course, should come as no surprise. Afterall, Fox News was one of many media outlets exposed in a Freedom of Information Act request earlier this year showing they were paid, with our tax dollars, to run positive narratives in their coverage of the jabs.

“I have been longing to part ways with this strange, slightly unhinged corporation since last August when I realized what they were,” said former Fox reporter Ivory Hecker. “I would turn down Fox News. They wanted to bring me up to the network. I met a lot of executives there and I don’t want to talk to them anymore. It came from one of the top executives there that what I needed to succeed was to get in line with the narrative.”

As we’re discussing data, let’s take a look at the recent data from the Center for Disease Control’s (CDC) Vaccine Adverse Events Reporting system (VAERS), released last Friday. It now shows 30,162 reported deaths from the COVID shots. As Wyoming News has previously reported, the CDC itself admits VAERS undercounts injuries by a factor of at least 6X while independent studies suggest an undercount by a factor of 41X, meaning the likely death count is between 180,972 to 1,236,642.

Additionally, the recent VAERS data release showed 142 new deaths or injuries among those between the ages of 6 months and 4 years.

“Brain and heart injuries, hallucinations, anaphylactic shock, seizures, skin rashes, gastrointestinal injuries, hemorrhaging, and other serious conditions continue to be listed as side effects to these toxic shots being injected into babies and toddlers,” wrote Brian Shilhavy for Vaccine Impact.