Healthcare worker injured by jab says, ‘No job is worth it’ 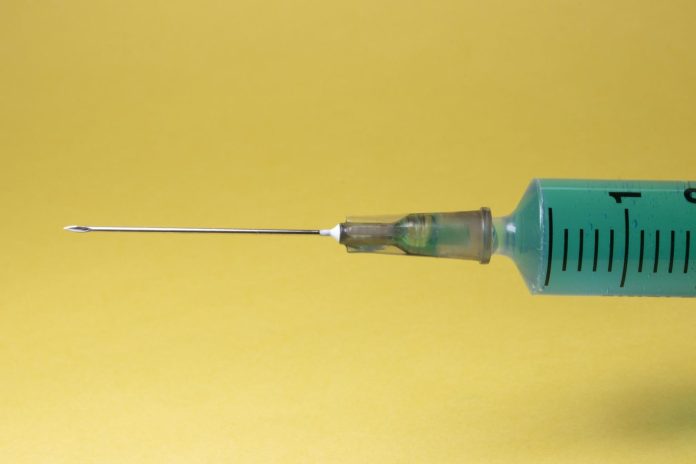 A healthcare worker injured by the Pfizer experimental gene therapy COVID shot released a video commending those who didn’t submit to the experimentation.

Vaccine Impact published the video stating that when someone who survives the jab “has a message they want to take public… it is good to give them a voice to warn others.”

The woman, who is anonymous, said she now suffers from Chronic Inflammatory Demyelinating Polyneuropathy which is a “neurological disorder characterized by progressive weakness and impaired sensory function in the legs and arms,” according to the National Institute of Health.

Before going further with this woman’s story, let’s take a look at the recent data released on Friday by the Centers for Disease Control (CDC) through the Vaccine Adverse Events Reporting System (VAERS). It now shows 29,790 reported deaths by the COVID jabs.

As Wyoming News has reported, the CDC admits to an undercount in VAERS of at least a factor of 6X while other independent studies of the reporting system suggest as high as a 41X-factor. That means the actual death count by the jabs is likely between 178,740 to 1,221,390.

Back to the healthcare worker, she starts by saying: “If I had to do it all over again, I would never have gotten the vaccine.”

The injured woman said her employer mandated the shots but acknowledged she believed in it initially. She is often asked what she thinks of those who have resisted the shot and now says:

Meanwhile, a string of deaths among doctors in one Canadian hospital provides an anecdotal look at the dangers from the jab. Natural News reported on three deaths within days of each of doctors from Trillium Health Partners in Ontario.

Trillium sent a memo to hospital staff mourning the loss of Dr. Lorne Segall on July 18, then another over the death of Dr. Stephen McKenzie on July 19 and then a third after Dr Jakub Sawicki died on July 21. Their deaths also came two weeks after the hospital mandated staff submit to a fourth booster shot.

Natural News noted Canadian government statistics showing 92% of COVID deaths among the jabbed. Furthermore, 93% of total COVID cases are among the jabbed, the vast majority being quadruple jabbed.

Along with the rash of doctor deaths at Trillium, Vaccine Impact has reported on several other deaths among healthcare workers including that of a 27-year-old Dr. Candace Nayman who was a triathlete.

But of course, the mainstream media wants us to believe that young triathletes die every day. The idea that the shot may have killed someone cannot even be questioned.

The mainstream media has been colluding to lie to the public. Back in March, information obtained through a Freedom of Information Act (FOIA) request showed that the Department of Health and Human Services paid media outlets, including the so-called “conservative” Fox News and Newsmax, to push pro-vax messages. Last week, a FOIA request showed that the CDC partnered with Facebook, Google and Twitter to suppress what they call “misinformation” regarding the experimental gene therapy shots.

But what is the mainstream media willing to blame deaths on. The COVID Blog reports:

“Mainstream media have told us that touching ground soil, skipping breakfast, and high energy bills cause heart attacks and death in 2022. Now the latest excuse for #ABV (Anything But the ‘Vaccines’) deaths is falling asleep with the television on. The cited study by Northwestern University researchers is mostly about the effects of ambient light on obesity, diabetes and high blood pressure while sleeping. But mainstream media never miss the opportunity for sensationalized headlines.”

“The foregoing strategy is highly-effective since more than 60% of Americans share content on social media after only reading the headlines.”

“But give them partial credit for this one. Sleeping is perhaps the most dangerous activity for vaxxed people. Soccer, exercising, and literally anything else involving strenuous movement is also dangerous. Vaxxed people know they can drop dead at any moment. Many are no longer denying it.”

“We’ve experienced an uptick in emails from vaxxed people asking what they can do to stop the inevitable. The unfortunate answer is nothing, except for warning others and spreading truth in their remaining days. That starts by sharing these blog posts with even your most vaxx-loyal family and friends.”

That’s right. The media, with a straight face, will tell you that sleeping with the TV on can kill you, but never ever consider that injecting yourself with DNA-altering drugs can cause an ounce of harm.

It’s a mad world when the mainstream media can openly lie and lead people to their deaths without facing consequences. Not only do they not face consequences, they profit off the lies.