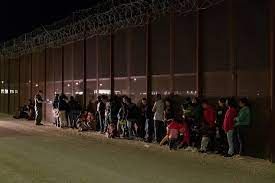 The individuals all were picked up in Wyoming and are on a ICE hold waiting to be transported back to their own countries.

All these individual have a long criminal record according to ICE officials.

They are as follows:

24-year-old Arturo Cruz-Moreno has been hiding in Montana but was found and detained in Wyoming, was booked July 8 and is currently on a ICE hold.

61-year-old Jose Jamie Gonzalez-Sanchez, was booked July 8 and is currently on a ICE hold.

43-year-old Sione Mola who has been hiding in Salt Lake City, but was detained in Wyoming, was booked July 8 and is on an ICE hold.