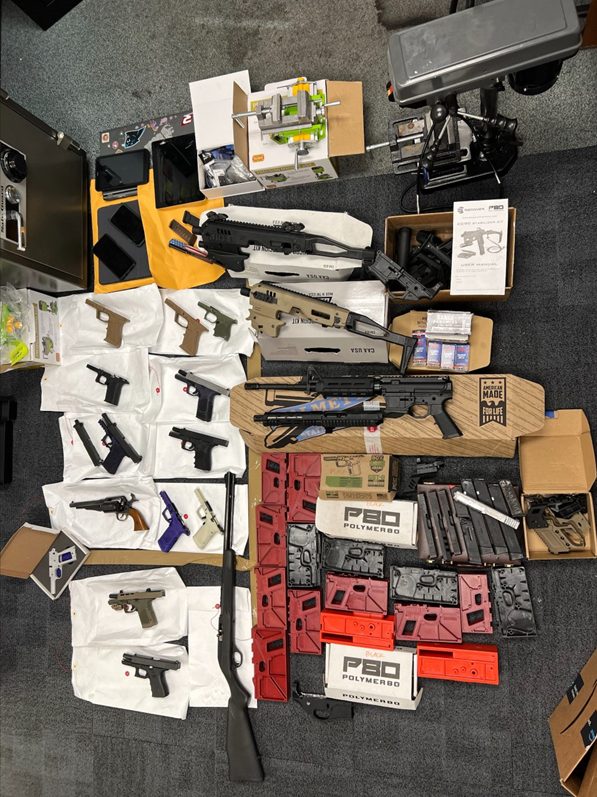 Information was provided to GVRTF about a felon in possession of firearms and they were able to identify the suspect as Eric Petrossian.  On July 18, 2022, a search warrant for Eric Petrossian’s residence was authored by GVRTF and it was approved by a Los Angeles County Judge.

On July 20, 2022, LAPD GVRTF and the Burbank Police Department worked collaboratively to conduct a search warrant service at Petrossian’s residence where multiple firearms, firearm parts, firearm manufacturing tools, ammunition, money, and narcotics were found and booked as evidence.  Investigators concluded that Eric Petrossian was manufacturing assault firearms inside his home.  The firearms that were found were unserialized and privately-made firearms; “Ghost Guns” as they are commonly known.